Composting is a long-held Garfinkel tradition, and for good reason. It reduces the amount of trash that goes to landfills, allows materials to break-down in a way that doesn’t release bad stuff into the air (or something), and produces nutrient-rich soil perfect for gardening.

Clearly I don’t know the scientific ins and outs of composting. Nevertheless, my partner inspired me to start a few months ago. It takes barely any time out of my week, not counting the many hours of pleasure I get from simply thinking about composting. 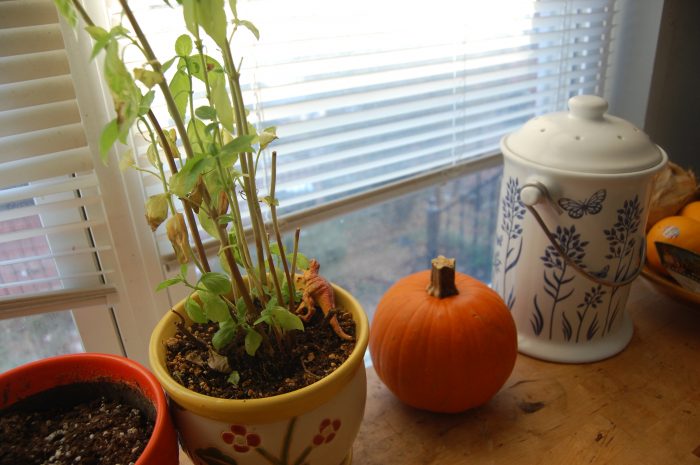 If you’d like more background on composting, why not check out this site that came up in the Google search I just did. The basic idea is that you collect organic matter, throw it in a pile, keep it moist and stir it frequently, and a few weeks later it breaks down into super-soil. This is what I, a normal person, compost on a weekly basis. 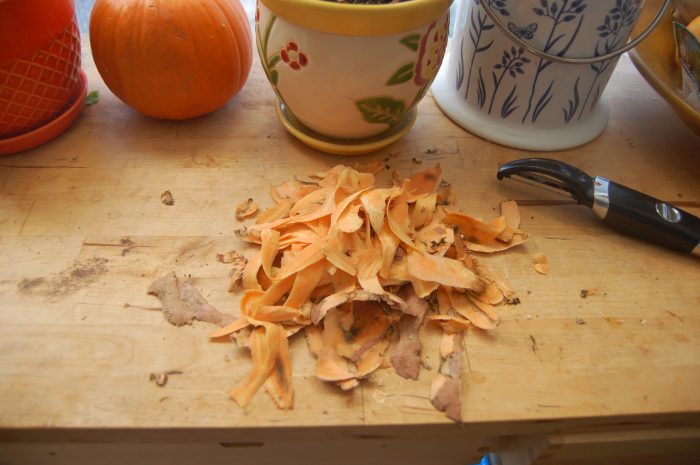 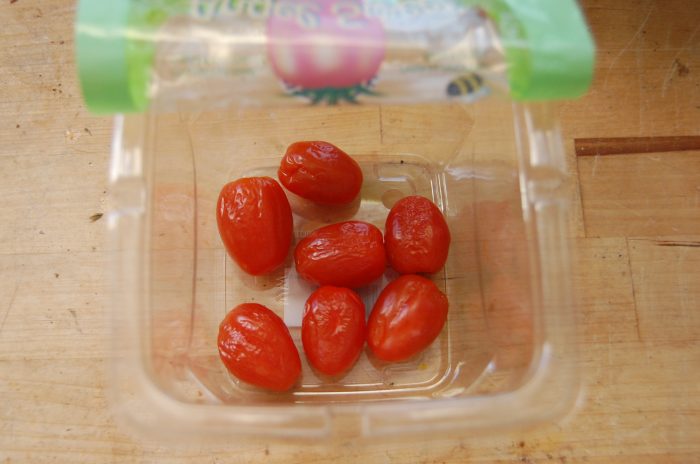 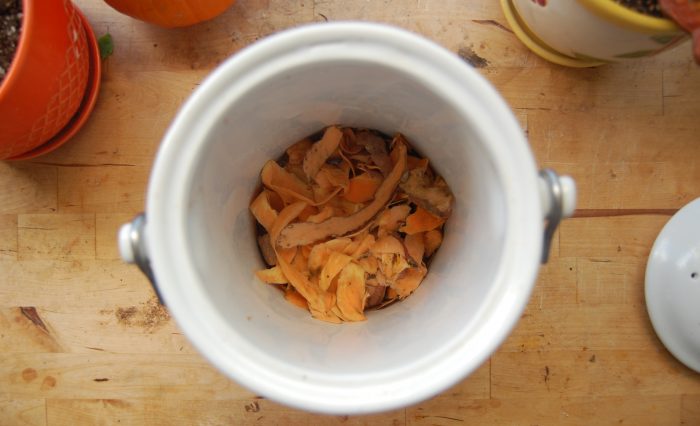 I collect everything in my pretty bin. Once it’s full, I take a trip to the park across the street, where I’m part of a city-wide composting collective.

This sign says “Compost Rules!” and explains the guidelines for the compost pile, but I prefer to think it means compost is awesome! 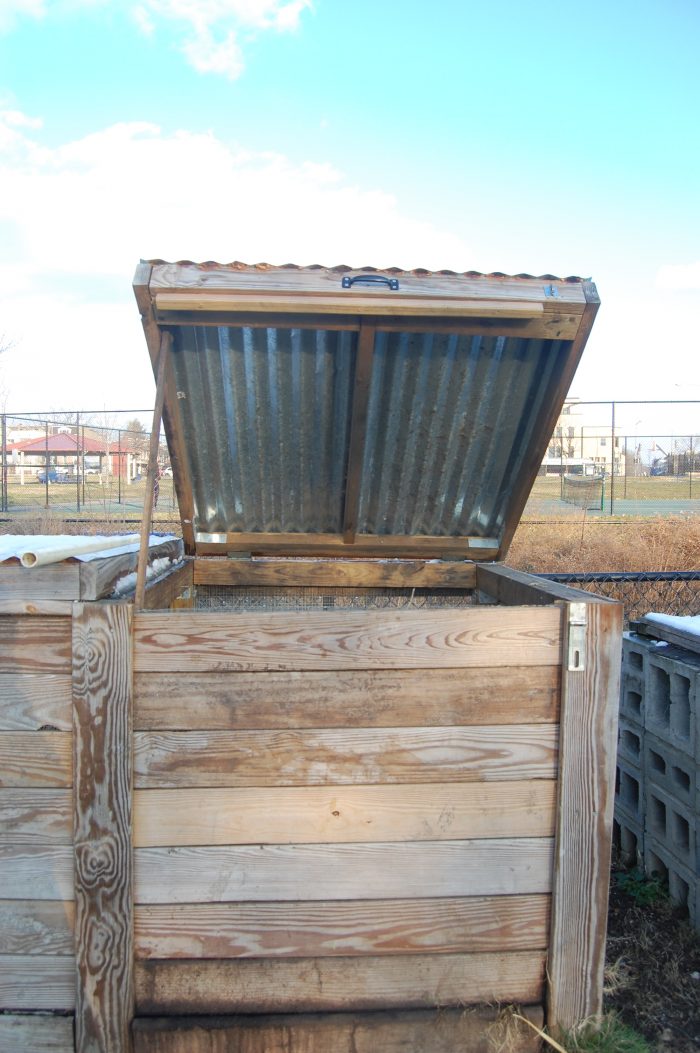 The bin is locked to prevent any old someone from throwing whatever they want in there. I had to do a short training to get the lock combination, which just meant chatting with a guy wearing a shirt that said “Quinoa Getta What What.” 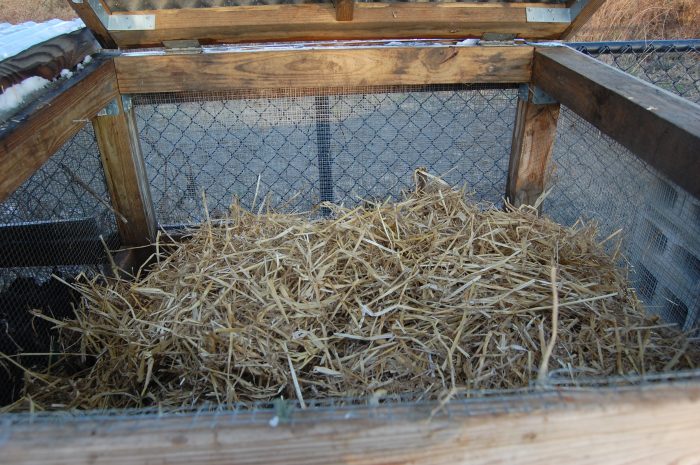 The first bin is where you toss your greens and your browns, your nitrogen and your carbon, your food scraps and your brown paper bags. This photo isn’t interesting because someone recently dropped off a huge supply of straw. Just imagine a variety of food scraps underneath. 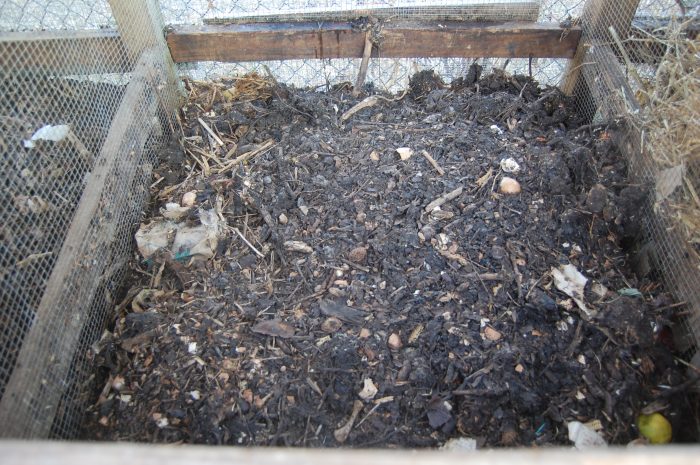 After the first pile breaks down, it gets moved over to the second pile. You can see that it’s mostly nutrient-rich compost, which will eventually be used by people who have plots in the community garden. 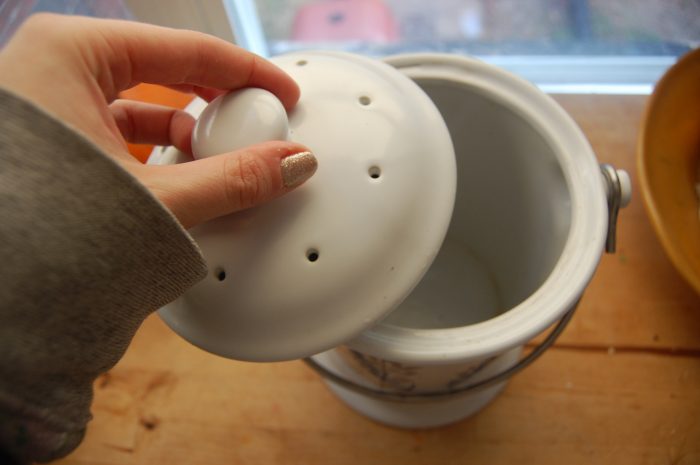 After each ‘post dump I clean out my little pail to cut-down on bad scents and, in the summer, bugs. (My roommates love me.)

The Coolest Parts of Composting 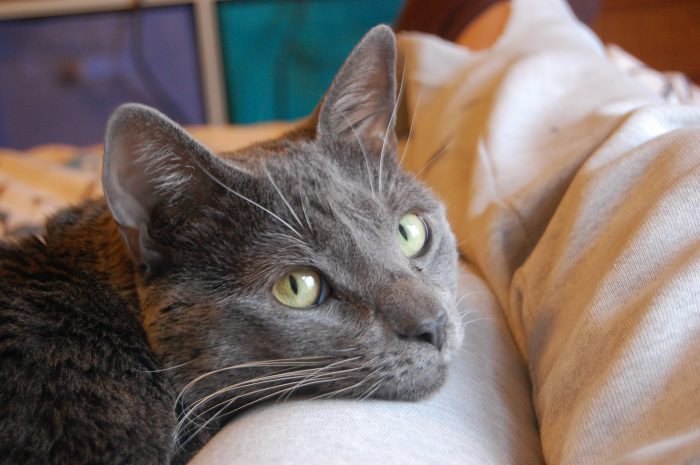 By now you’ve realized this post isn’t about cooking, but composting is another way to feel more connected to your food. I recommend checking out your local composting opportunities or even starting your own backyard pile, which is a dream of mine. I hope you’ve enjoyed this green post as there will likely be more in the future.