With recent events in mind, I was THIS CLOSE to cooking up a big ol’ batch of mac and cheese and drowning myself in it. Realizing this would leave me feeling pretty gross, and therefore unhelpful to myself and humanity in general, I decided against the vat of cheese. I needed something both comforting and fortifying. My close pal suggested Hungarian Mushroom Soup, and boy did Google make it look delicious! True, I know nothing about Hungarians or their soup, but this mushroom souprecipe seemed fairly simple.

Besides the obvious ingredient of mushrooms, a large flavor component of this soup is dill. I’m on the fence about dill. Usually when it’s in a dish I think, “Hey, this tastes like dill and I sort of wish it didn’t.” My suggestion for all those hesitant about dill: chop it as small as possible. Or, if you don’t want to spend four dollars on a tablespoon of herb, just leave it out. Next time I probably will try something different, like thyme. Still, this mushroom soup is delicious and provides the necessary energy for a revolution, if things come to that. 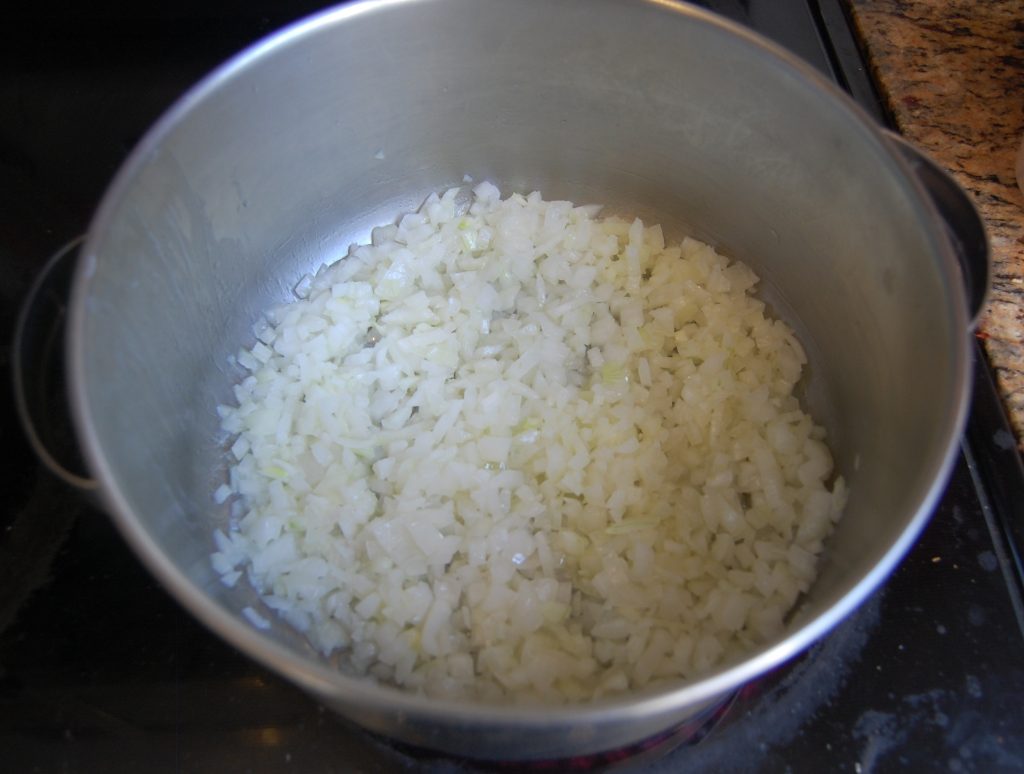 Dice that onion into nice, tiny bits. This will be the base for the soup, but if you’re like me you won’t want to be crunching on them. 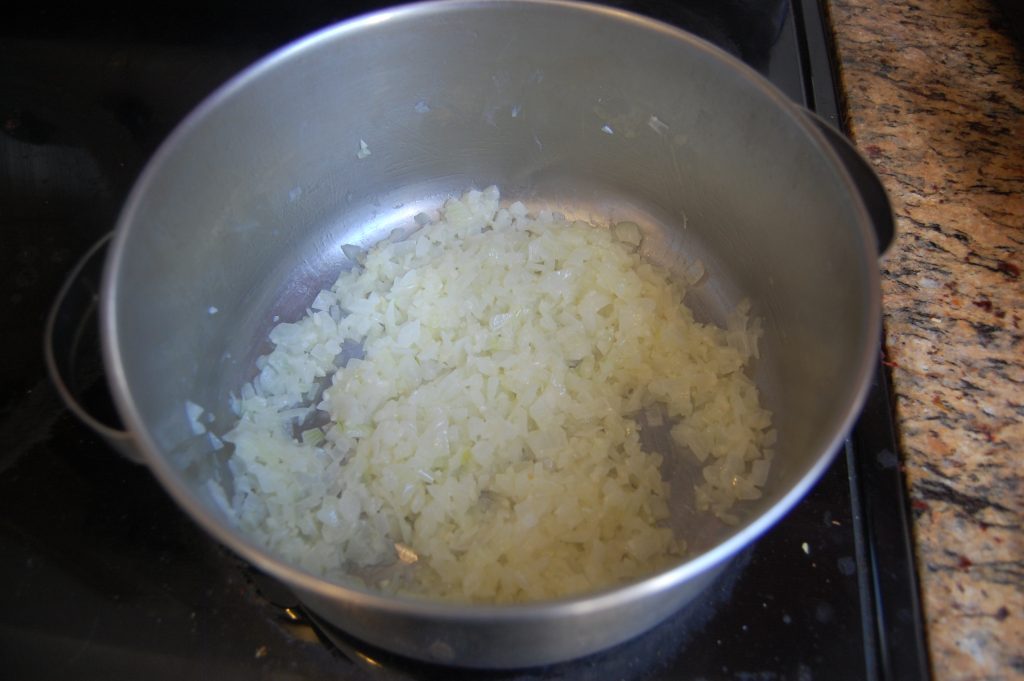 Saute the onion with butter until it is as soft as possible; mine were nearly a paste. Spoon in the garlic. 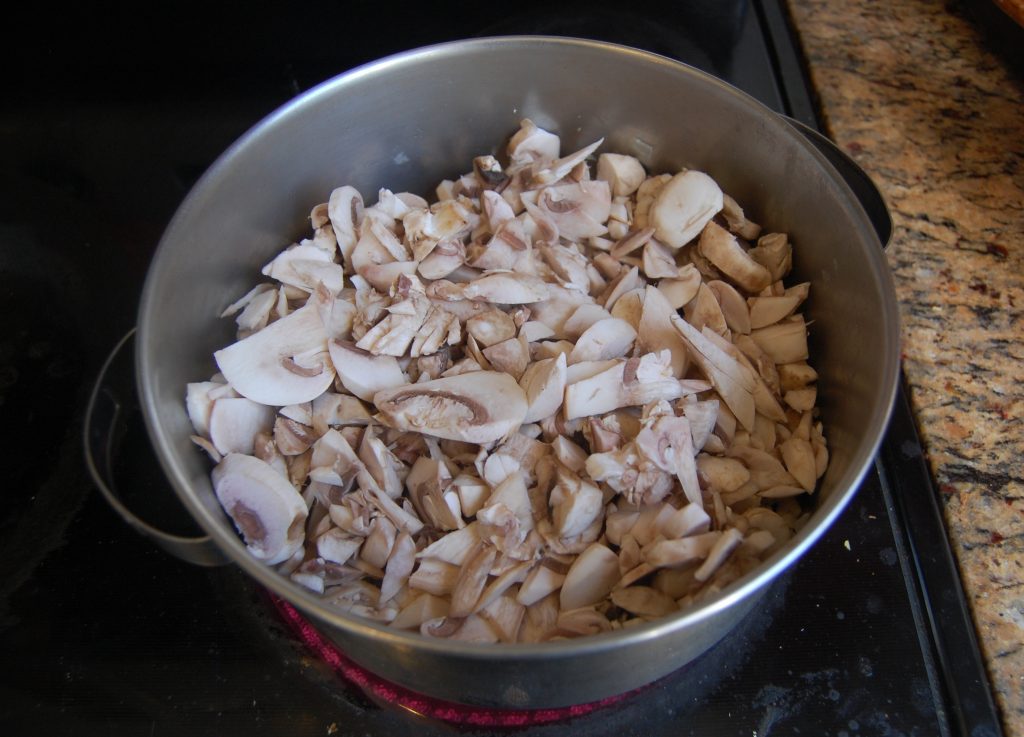 Add the mushrooms. This seems like a ton but they will cook down significantly. 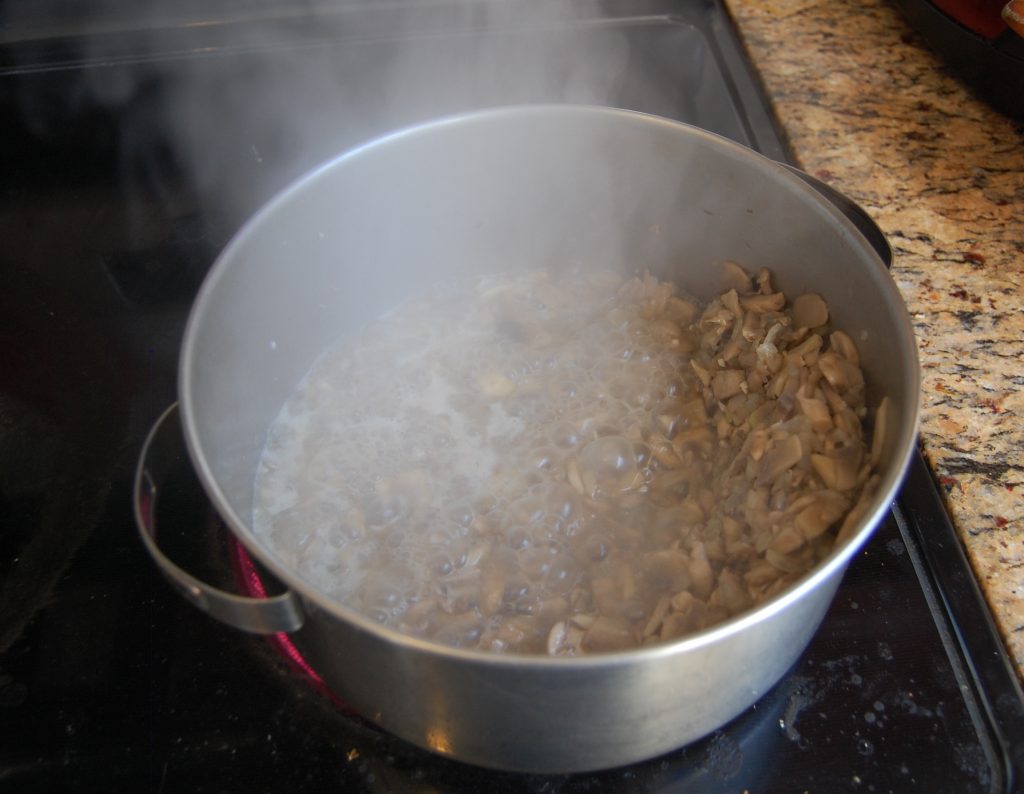 The goal is for all the water to boil out. I am impatient so I moved the mushrooms around in hopes of speeding up the process. 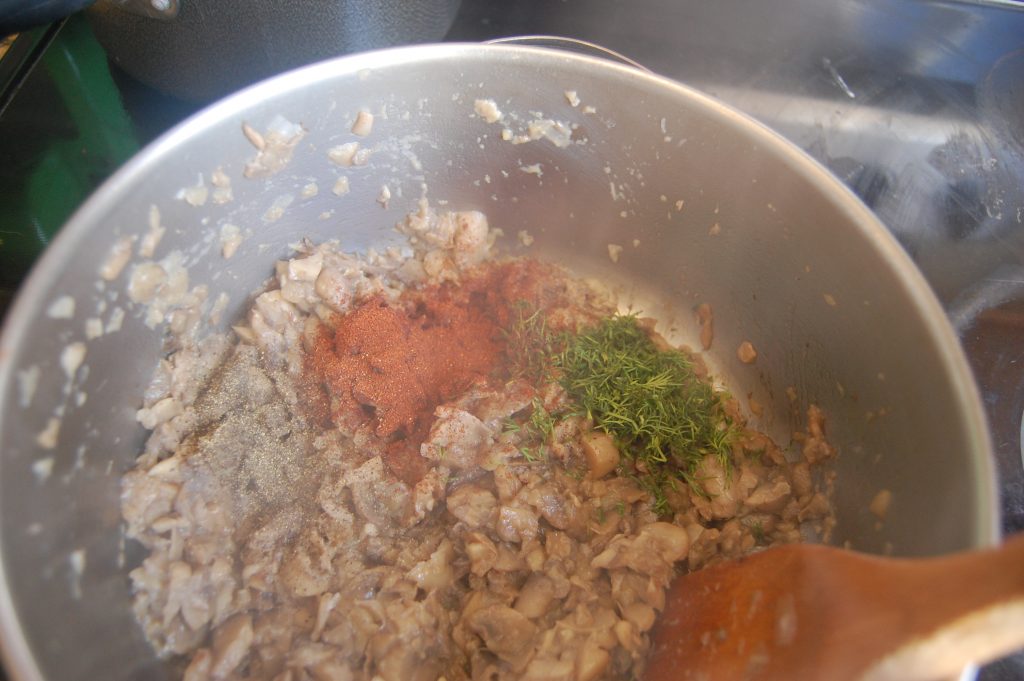 Spice the mixture with the paprika, black pepper, and dill. Move the mushrooms to a different container. 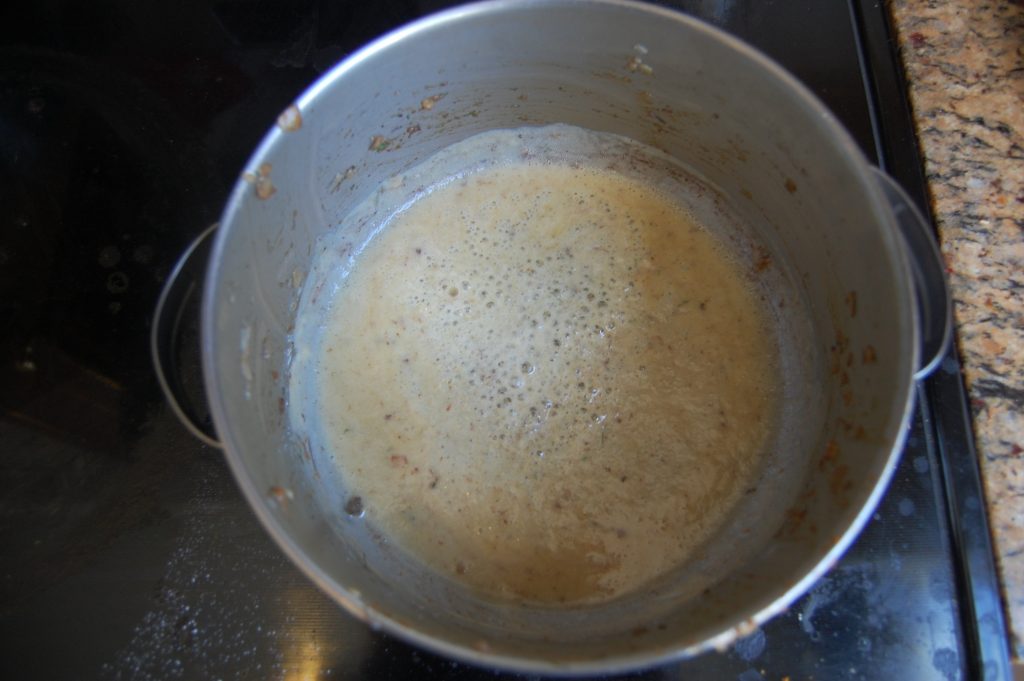 In the now empty pot, make a roux. Melt two tablespoons of butter and then stir in the flour. Keep mixing until everything is smooth. 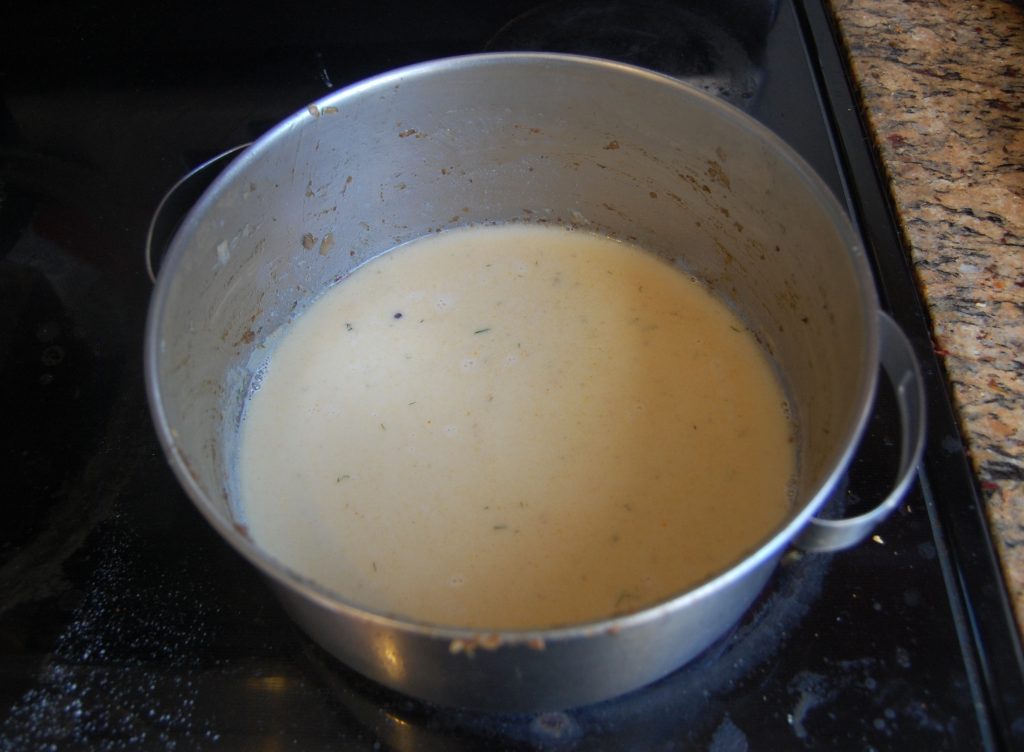 Pour in the milk, soy sauce, and vegetable broth. Stir to integrate the roux and make sure there are no clumps. 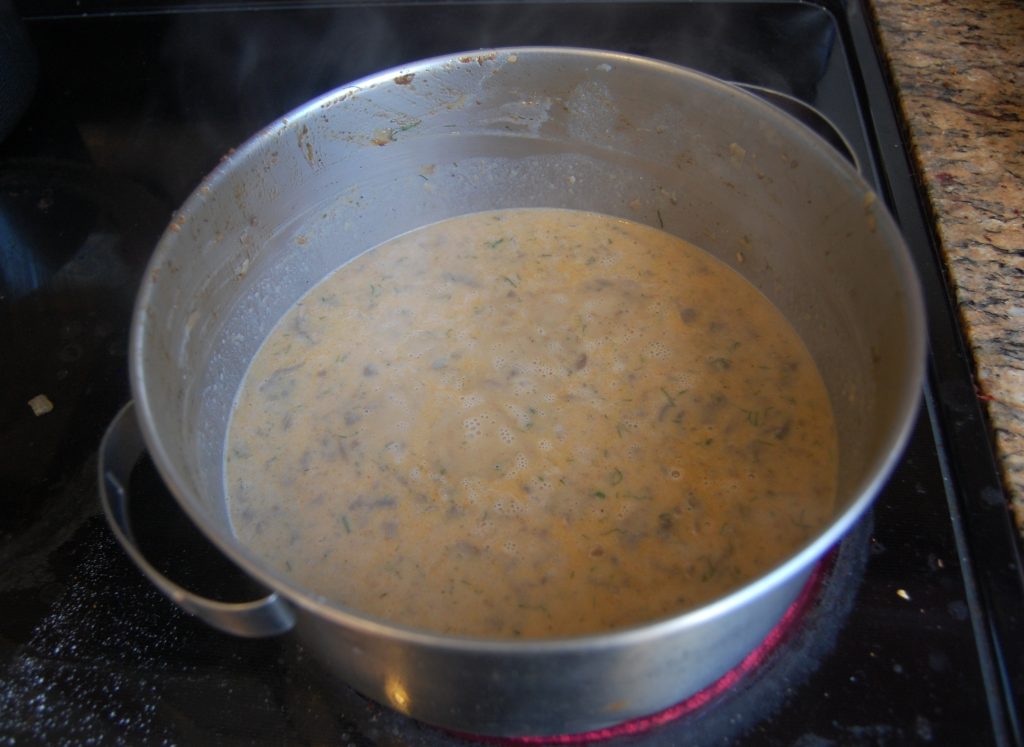 Put the mushroom mixture back into the pot. 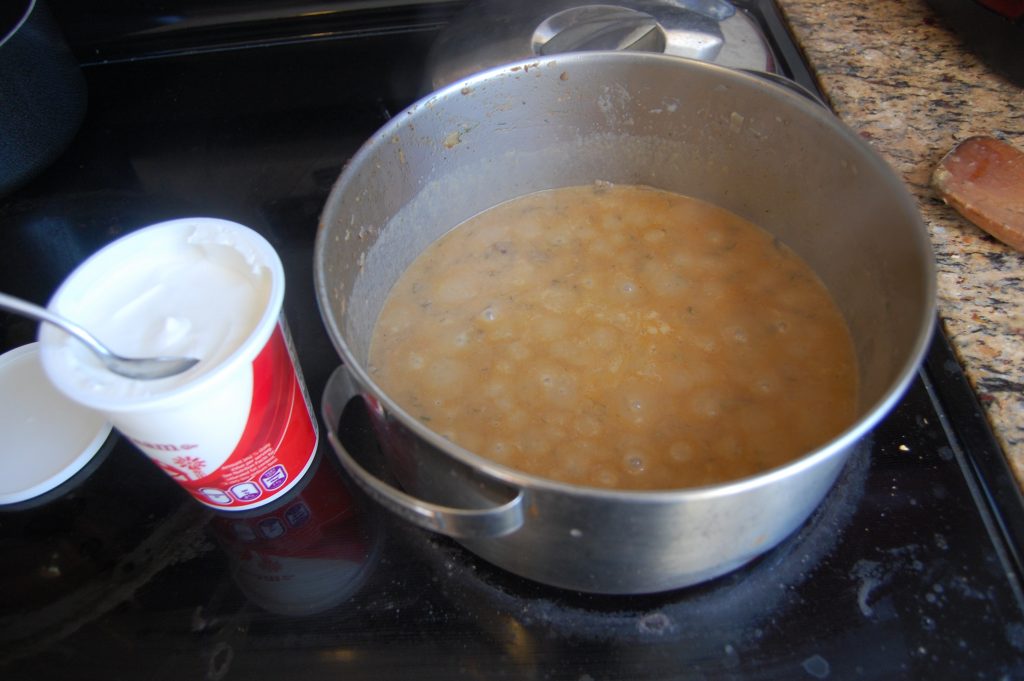 Simmer the soup with the lid on for about fifteen minutes. Once you are happy with the texture, add in the lemon juice and sour cream. 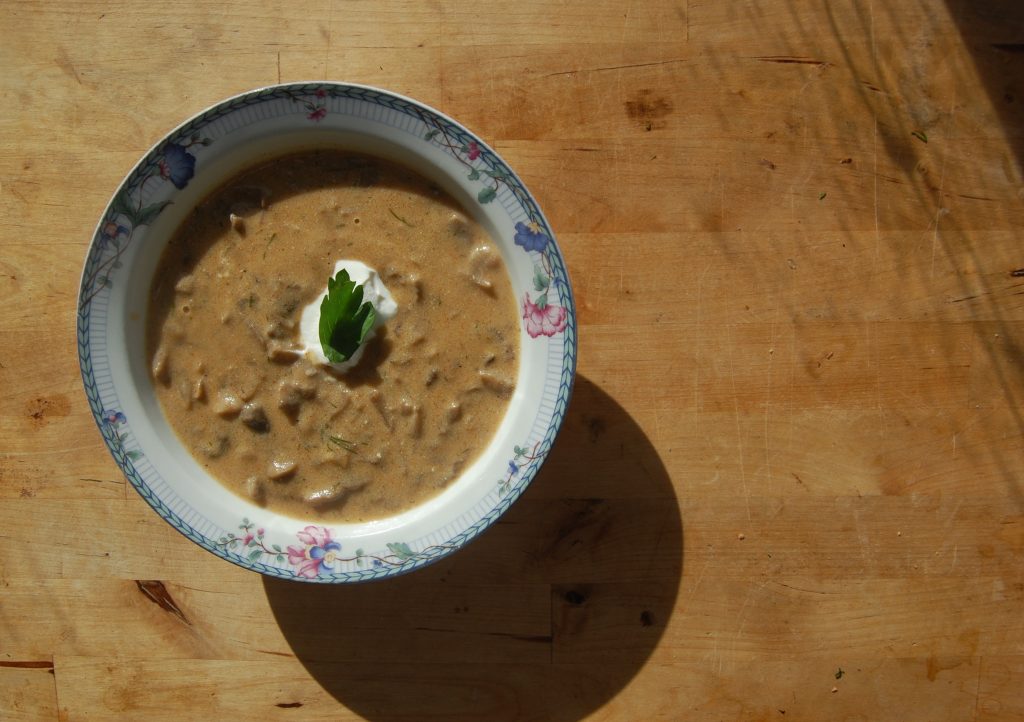 The recipe I used suggested serving this with egg noodles, and it’s delicious! I also think sour dough would be a great tool for sopping up the soup, but when is it not? 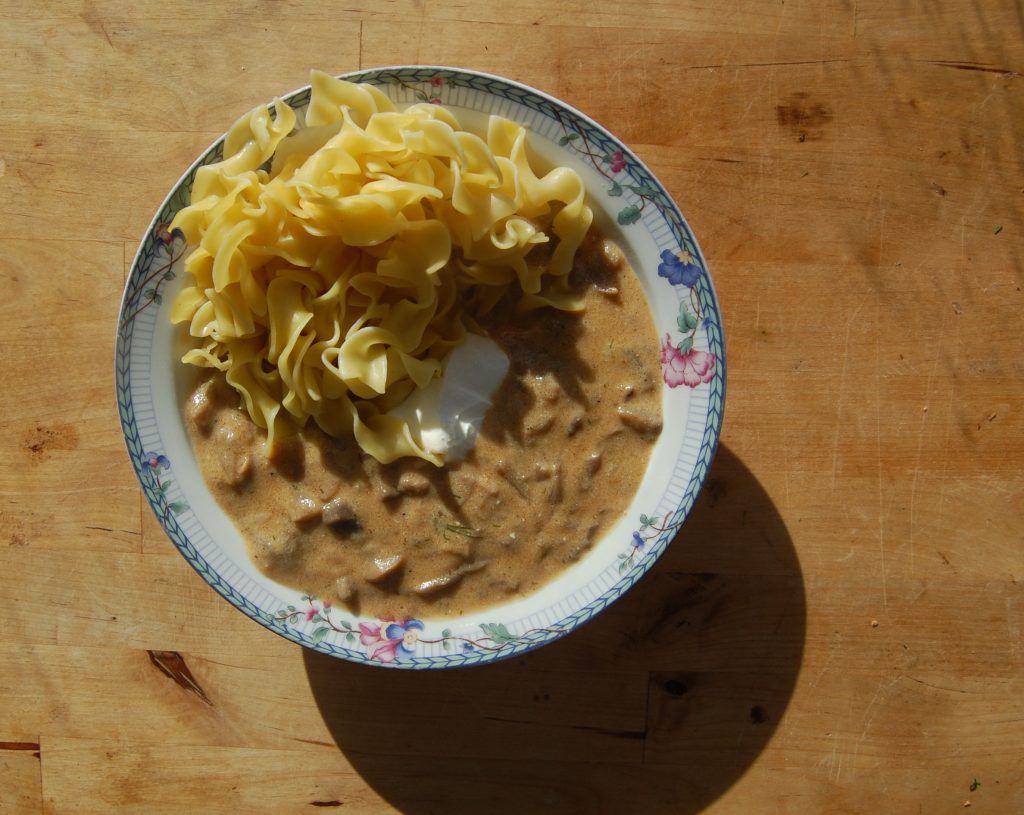