The temperature will be in the 80s this week, but guess what, I’m wearing a scarf! I will not let any bit of fall pass me by unappreciated, so I planned an entire day of autumnal celebration. This involved donning plaid and travelling all the way to stinky Maryland to pick pumpkins, take a hayride, go down a slide, pet some goats, and wait in lines. Once exhausted, we came back to my house to carve pumpkins and unfortunately watch the debates. My contribution was wassail.

According to Wikipedia, wassail is “a beverage of hot mulled cider, traditionally drunk as an integral part of wassailing, a Medieval German drinking ritual intended to ensure a good cider apple harvest the following year.” I think it’s more of a Christmas-time drink, but it matched the party’s aesthetic. The baked apples are optional and ended up being purely decorative. The alcohol is also optional, but if you were watching the debate, very necessary. 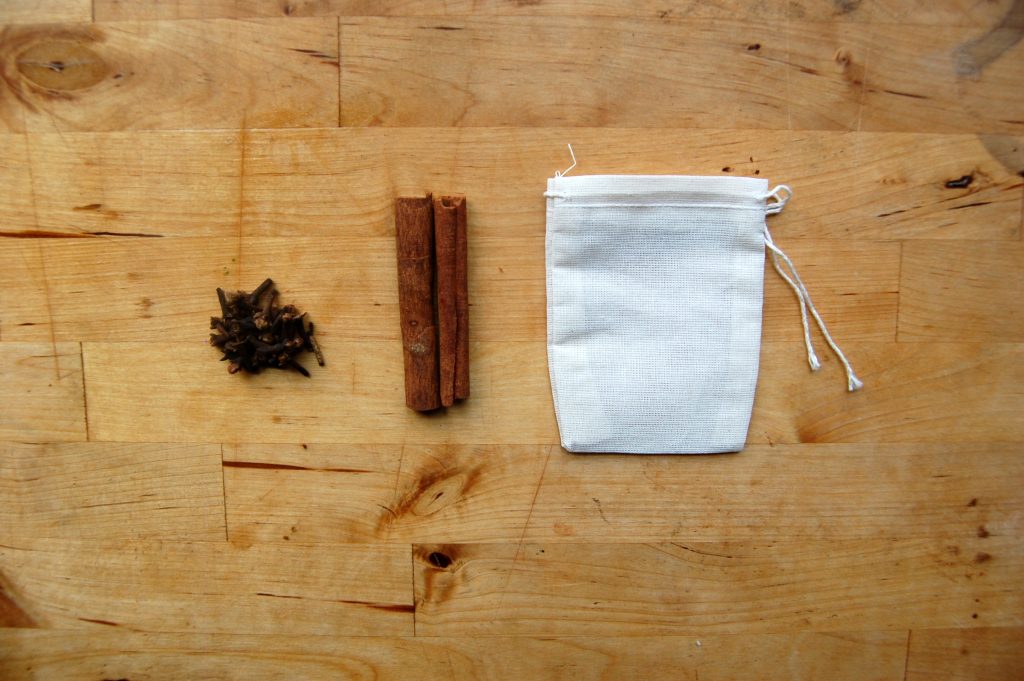 The spices are going to be simmered in the cider. You can just let them float freely, but putting them in a spice bag will save you from choking later. 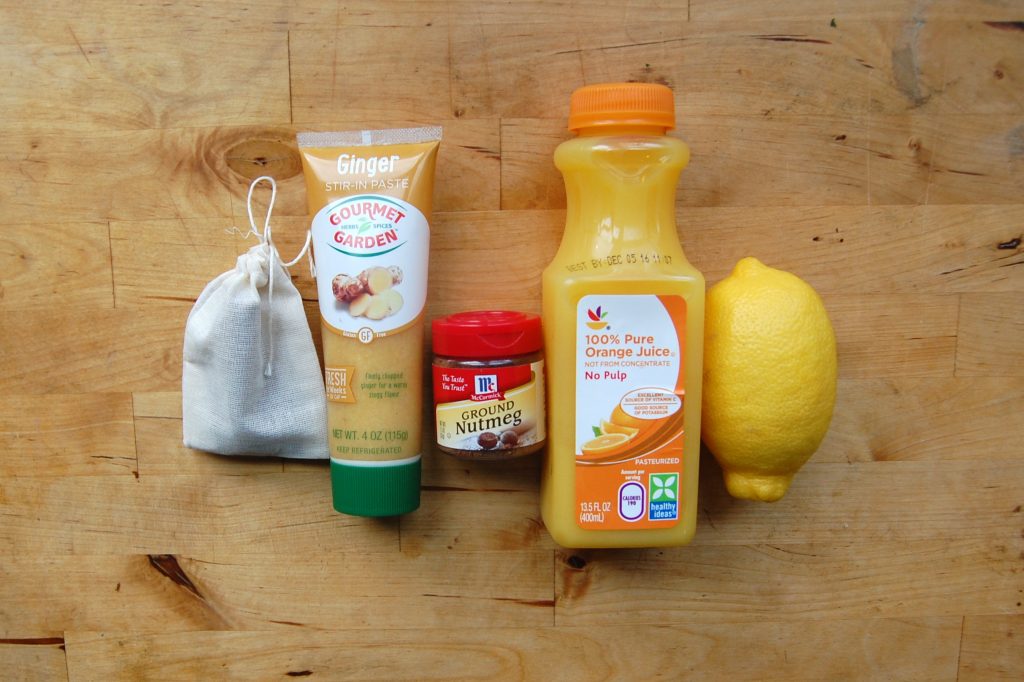 This is everything that went in with the apple cider. The ginger I squeezed on in and hoped that no one would get a large bite. I used half a lemon’s worth of juice. 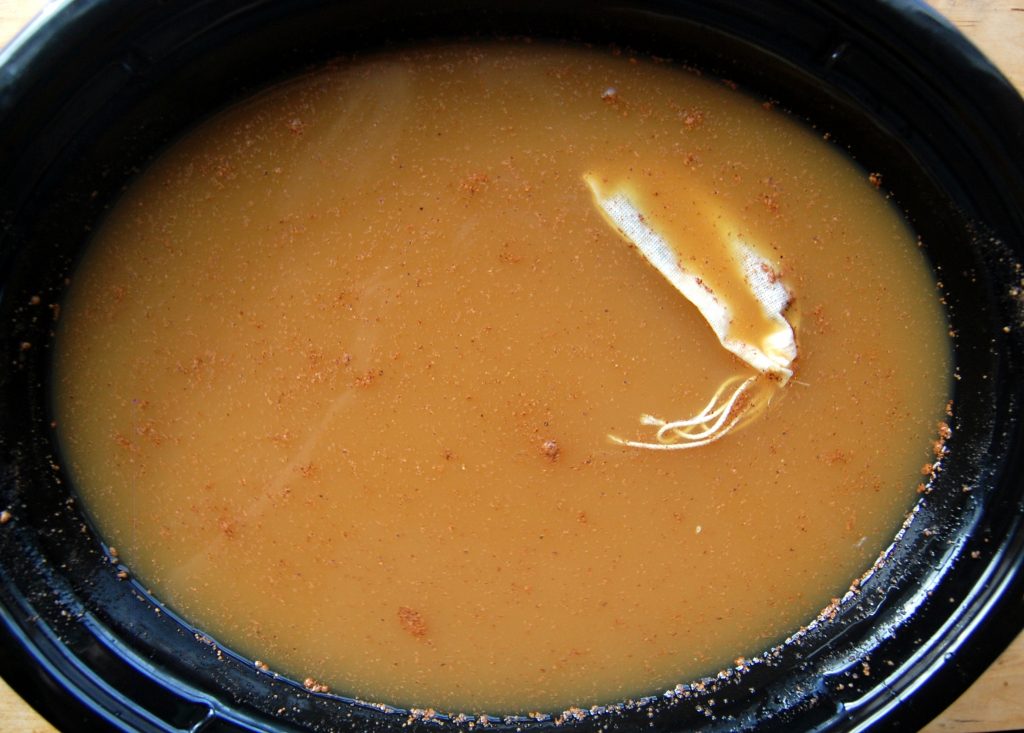 Here is everything together in the crock pot; the nutmeg hasn’t dissolved yet. At this point you can turn on the slow cooker. 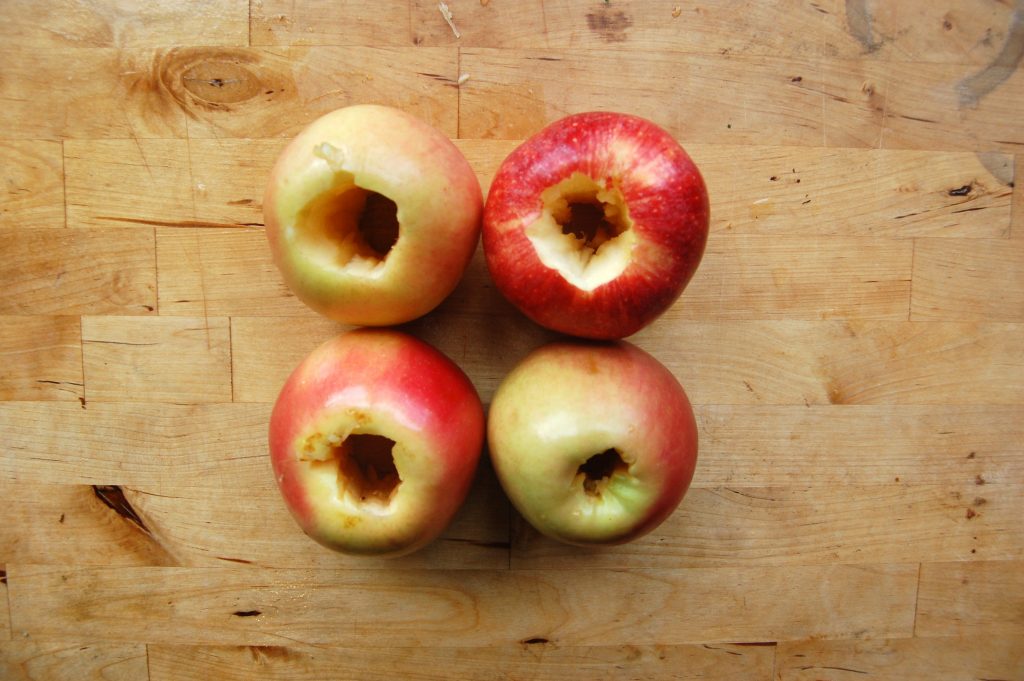 Core your apples. I don’t have a core-er, so I used a knife. Make sure to get rid of the seeds because they’re poisonous…right? Or is that just something elementary school kids say? 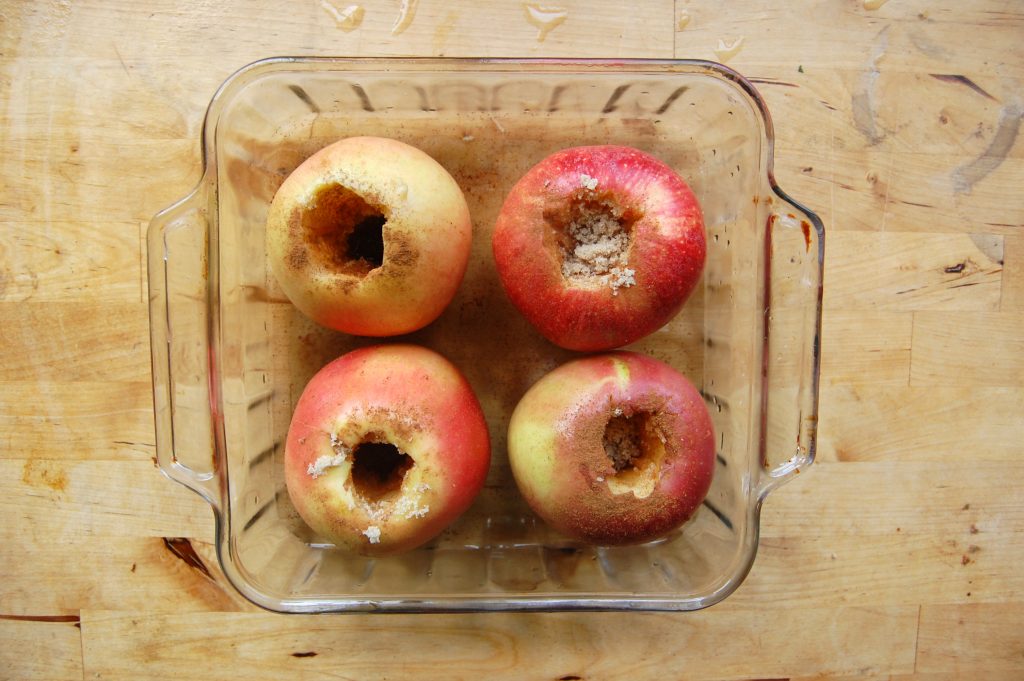 Put them in a baking pan and fill the cores with brown sugar. Pour a cup of water into the bottom of the pan. 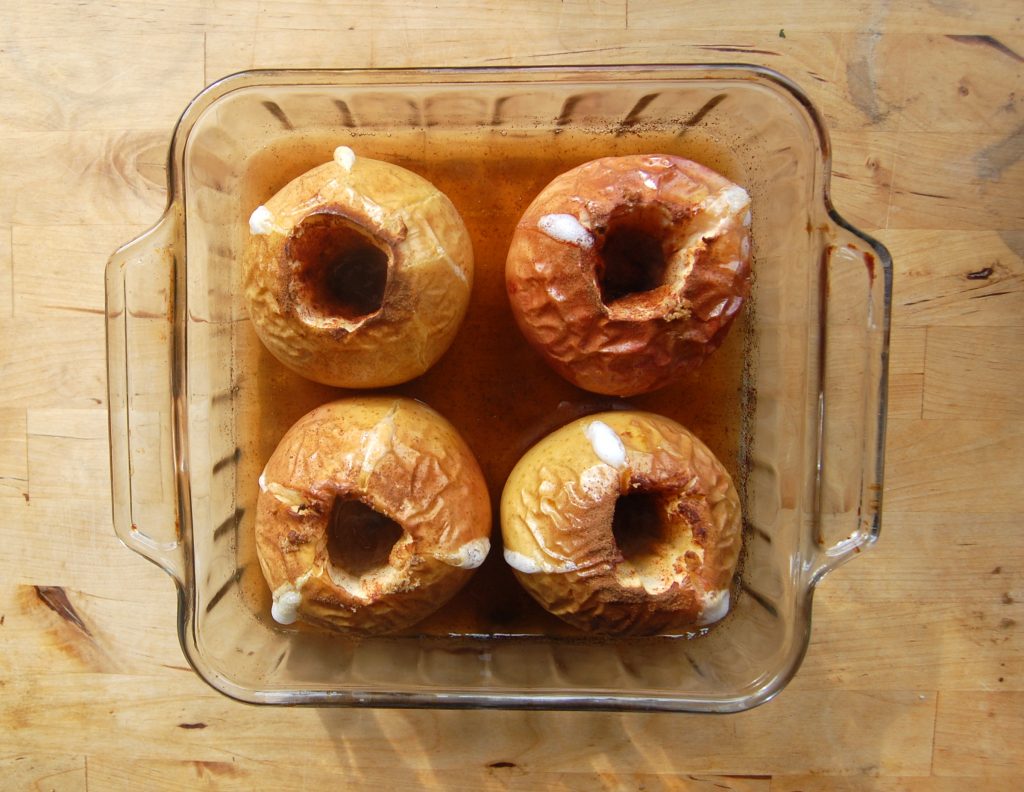 Bake the apples until they are tender, about 45 minutes. 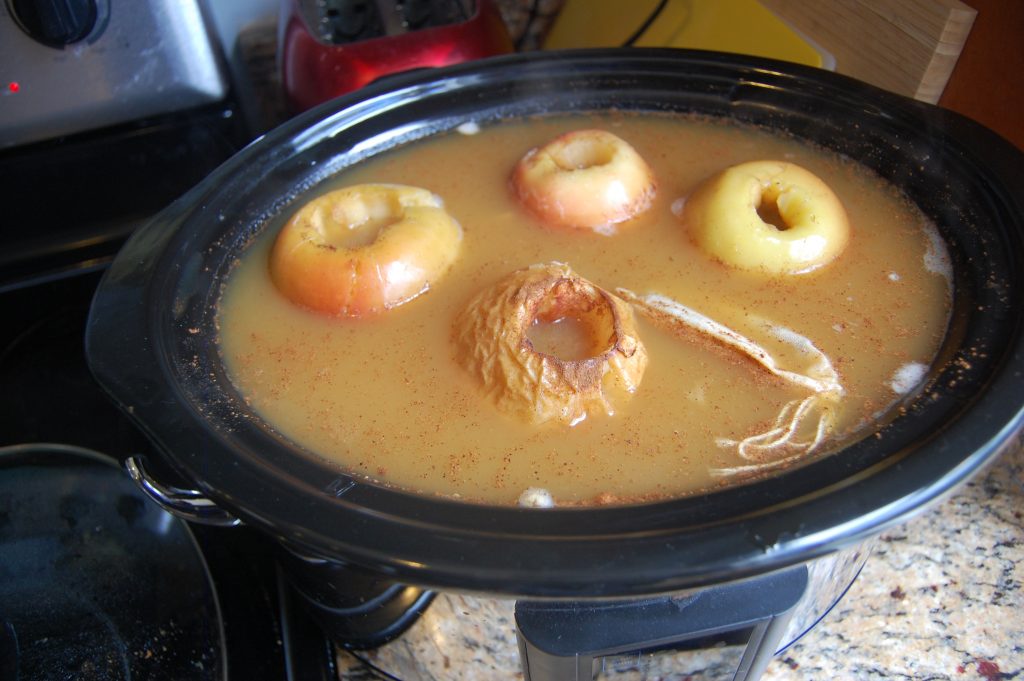 Gently place the cooked apples into the cider. I slow cooked the mixture on low for five hours, but anything over an hour is probably enough.

Here is the liquor we added to the wassail, I left it up to people to mix their own drink. The rum was gone by the end of the night. 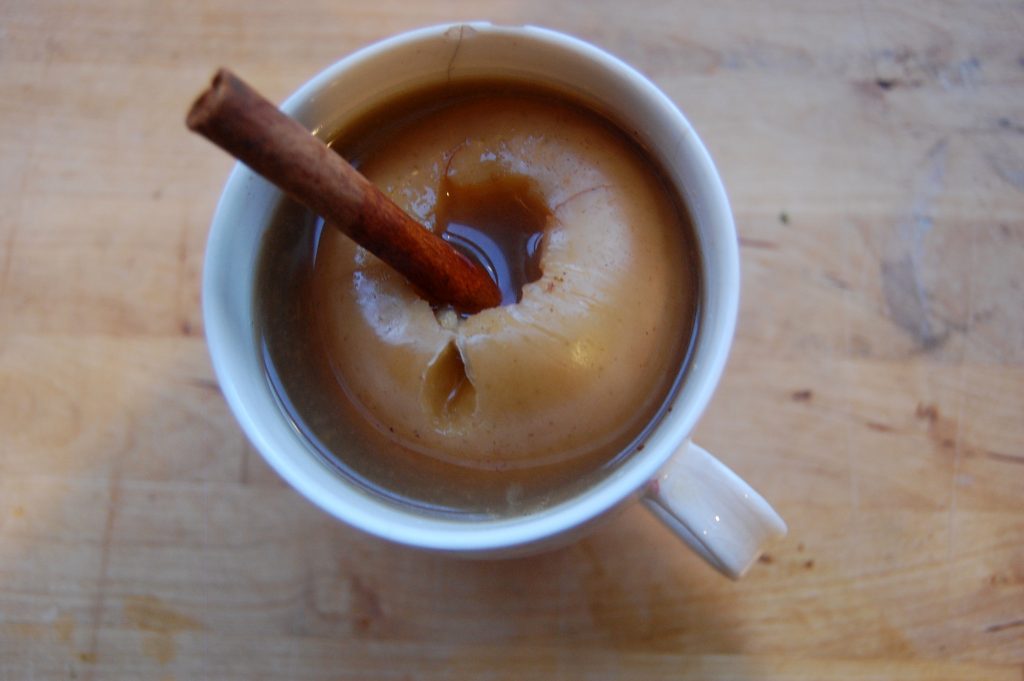 Check out our Jack O’Lanterns. Mine’s the one on the left :). They have since been consumed by squirrels and ants. 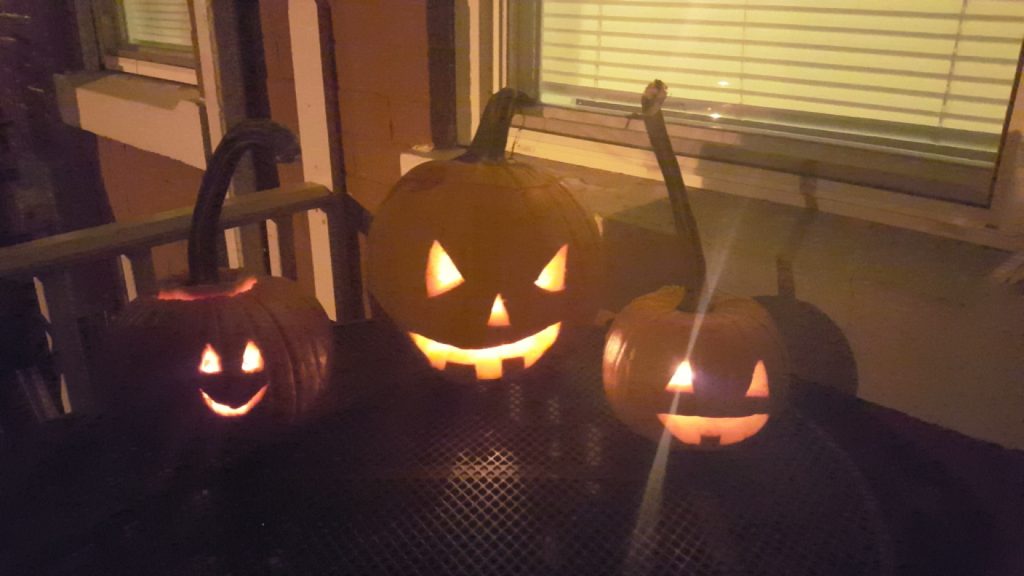