My parents used to make macaroni and cheese by melting fat-free Kraft singles into some skim milk, and then stirring in spaghetti. When I finally ate the real stuff, I was hooked. How could anything be wrong with creamy cheese on pasta? It’s good when you’re sick. It’s good when you’re sad. You can share it with friends or shovel it out of a bread bowl directly into your mouth. It’s one of the most perfect foods and something I eat way more often than I should.

I’ve had vegan macaroni and cheese before, and it wasn’t great. Vegan dairy technology leaves a lot to be desired (specifically: taste). This is a new product from Daiya, one of the most well known vegan food companies, so I’m keeping an open mind. Let’s read the ingrediants. 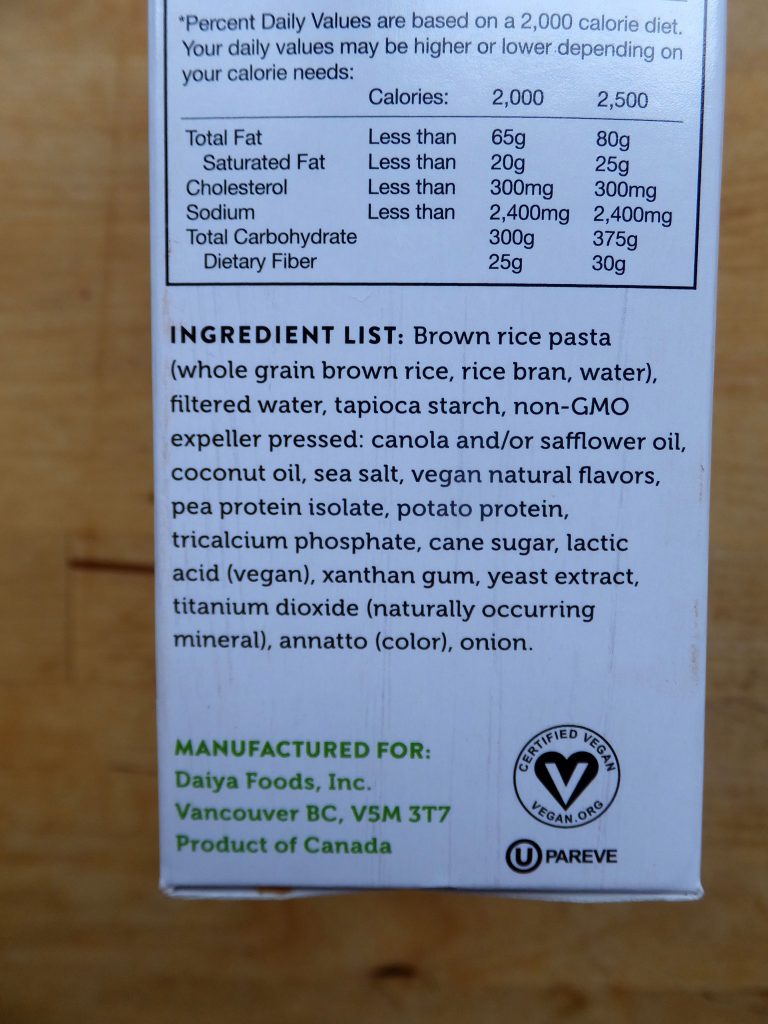 None of these ingredients scream cheese to me. Also, “canola and/or safflower”? FDA is this allowed? Pea protein was a key ingredient in toona, which is alarming.

Hawaaaaiitttt a second. This Daiya pasta is gluten-free. I should have read the box more carefully, and also the first ingredient in the previous picture. I actually only noticed after I ate the stuff, so it passes as normal pasta really well. For the record, I am gluten-full.

The directions say to squish the cheese sauce around in the packet so I did a lot of that. 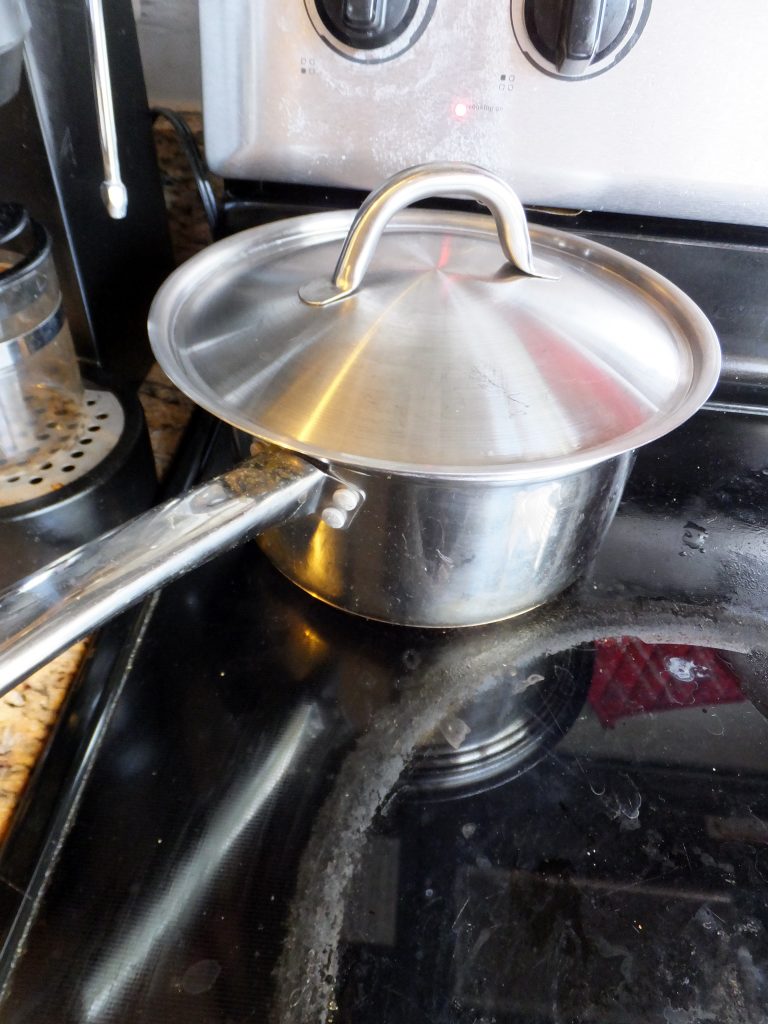 Here is the pasta cooking up on my dirty stove. 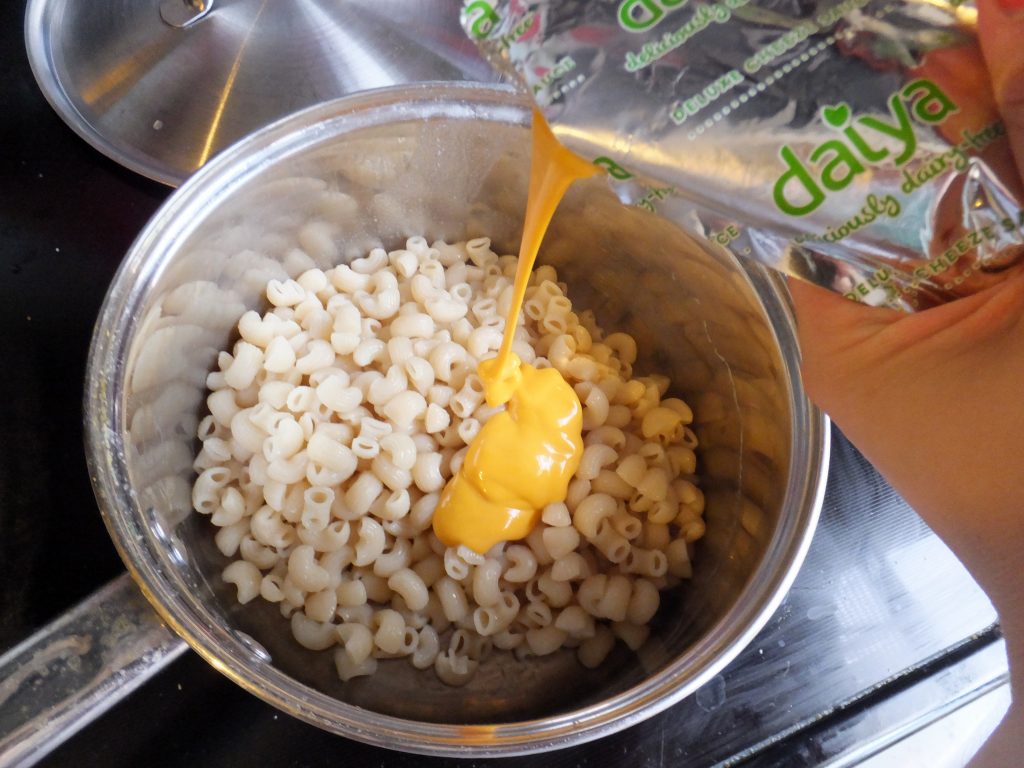 I squeezed out the deluxe Daiya cheeze. As I stirred it into the pasta, that special vegan smell, which is impossible to describe and impossible to forget, began emanating throughout my kitchen. Vaguely processed, vaguely mustardy, it’s unique in itself. 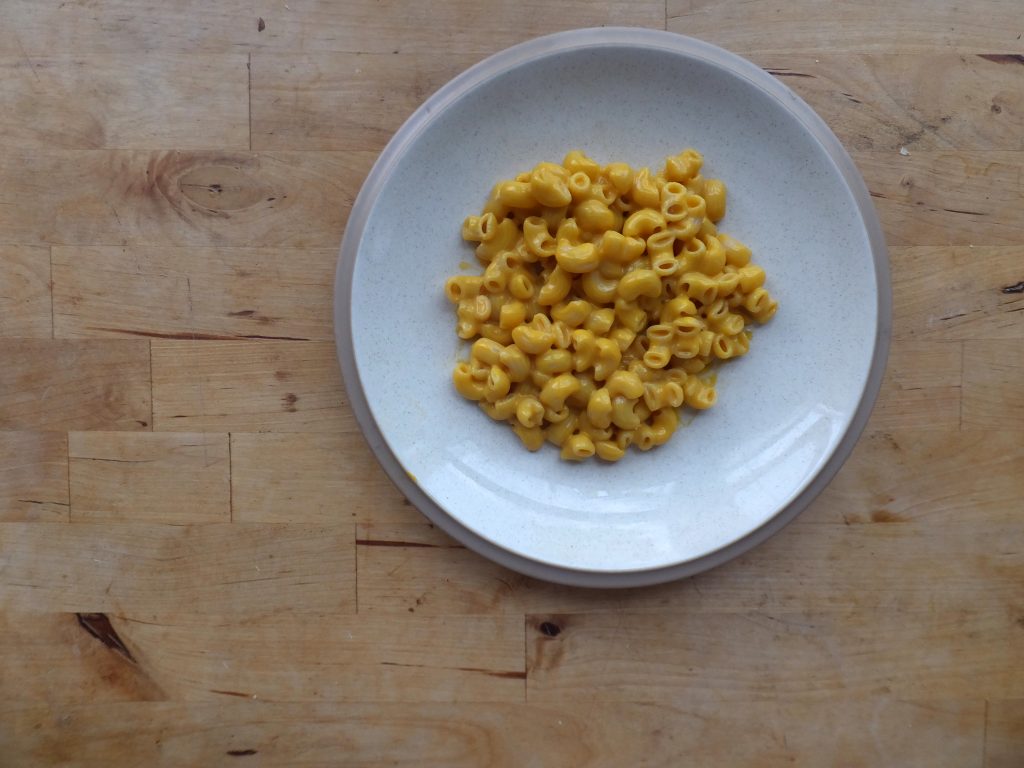 Once my pasta was plated I took a bite. My first thought was that it’s a lot better than I expected. I kept eating more and more thinking I would suddenly dislike it, but that didn’t happen. The texture is spot on, along the lines of a nacho cheese. It has that obviously fake bright orange color, if you’re into that. The taste is hard to describe, just like the smell. Salty, with something slightly off, but ultimately pretty tasty. Maybe if I hadn’t eaten cheese in ten years I would believe this is the real thing. Unfortunately, there isn’t ever a three-hour window in which I don’t eat cheese, so the difference was obvious. 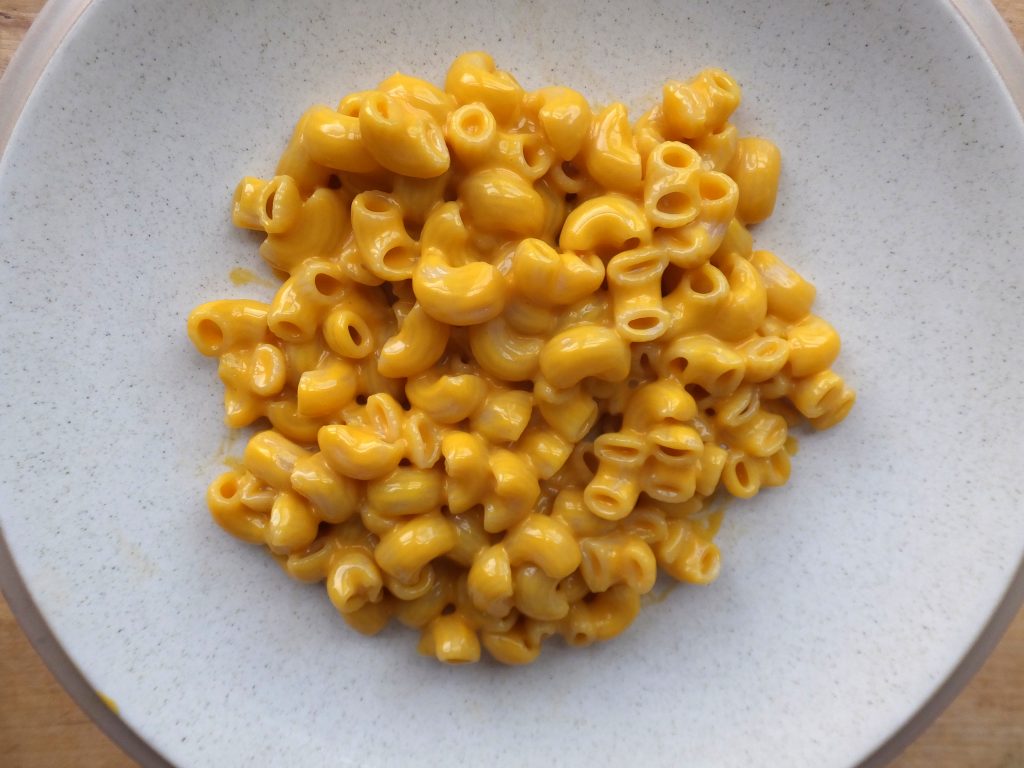 I will say this, after the first plate my enthusiasm started to fade. My enthusiasm for real mac and cheese only fades when I’ve reached the point of nausea. Obviously it’s healthier to eat one suggested serving size as opposed to four, but I don’t eat macaroni and cheese to be healthy. I eat it because it’s delicious and makes me feel like I can do anything! Not really, it just tastes awesome. At this point vegan scientists cannot exactly recreate the perfection that is macaroni and cheese, but they made a pretty good attempt.

Half an hour after finishing my meal, I noticed an elbow strongly adhered to my shirt.

If you dislike the cheeze, repurpose it as glue.

In summation: It isn’t gross.