It’s not officially summer yet, but DC doesn’t care. Over the weekend temperatures were in the 90s. For me this means sweating from every crevice. My upper lip is a Roman water canal. My lower back is an over-saturated sponge. I once took a phone call during my walk home from work and sweat actually dripped from my elbow-pit. It’s all very attractive and appealing to the opposite sex.

With this in mind, I thought, why not make some hot soup? I’ve been having New Jersey-based cravings and more specifically cravings for Pasta e Fagioli. I pronounce this pasta fa-jool, but that’s based off how my non-Italian mother pronounces it so I’m probably wrong. We would order this dish at Italianissimo, a restaurant which appeared in The Sopranos and is now closed due to this scandal. Pasta e Fagioli is salty and thick, with white beans, tomatoes, and little pastas. I haven’t thought about it in years, but once it was on my mind I knew I needed to eat it. This recipe is straight forward and so satisfying. I will make it regularly once I can comfortably wear a sweater.

Chop up some onion. It’s very common to add celery to the base of a soup, but I hate celery. Do not tell me it has no taste, it does, and the taste is disgusting. Celery ruins soup, salad, and peanut butter with raisins. There is no room for celery in any soup of mine. 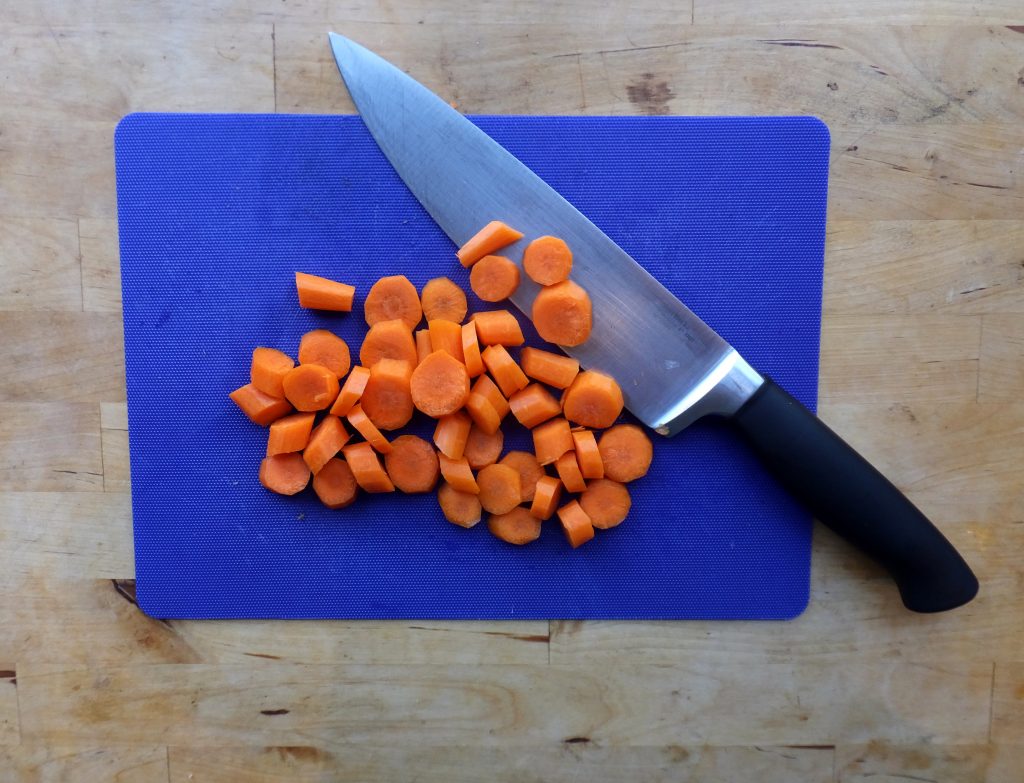 Cut up some carrots. Next time I would slice mine thinner, because they are not the star of this show. 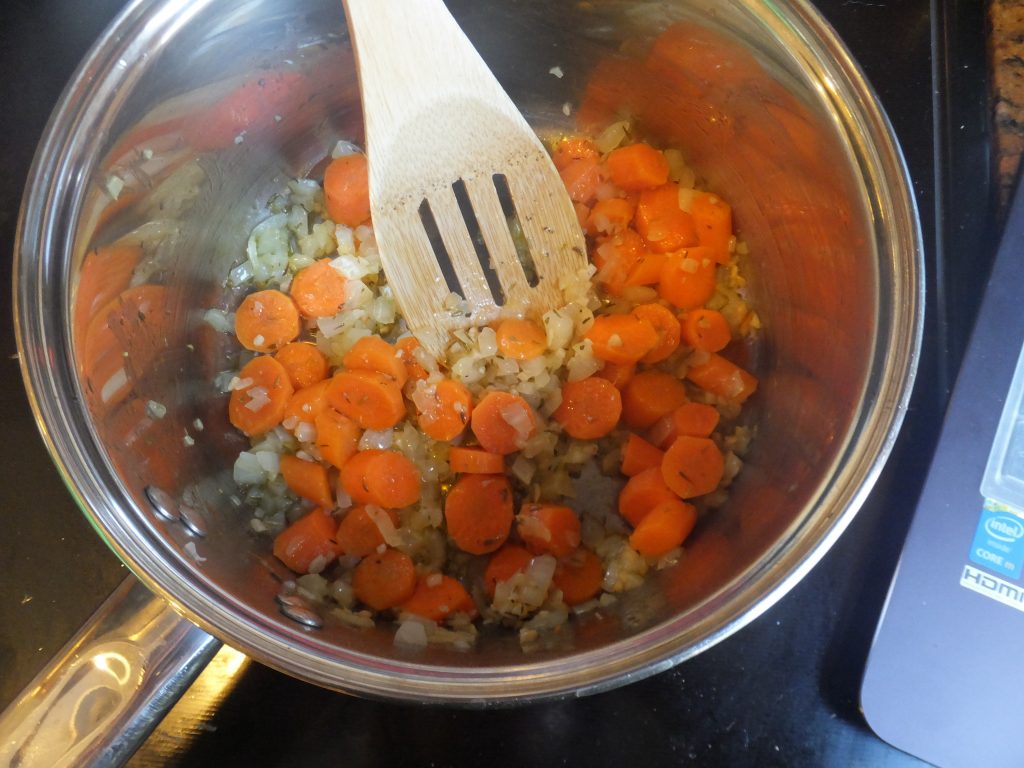 Saute everything in a pot with olive oil, thyme, red pepper flakes, salt and pepper. Once the carrots are tender, add in some garlic. 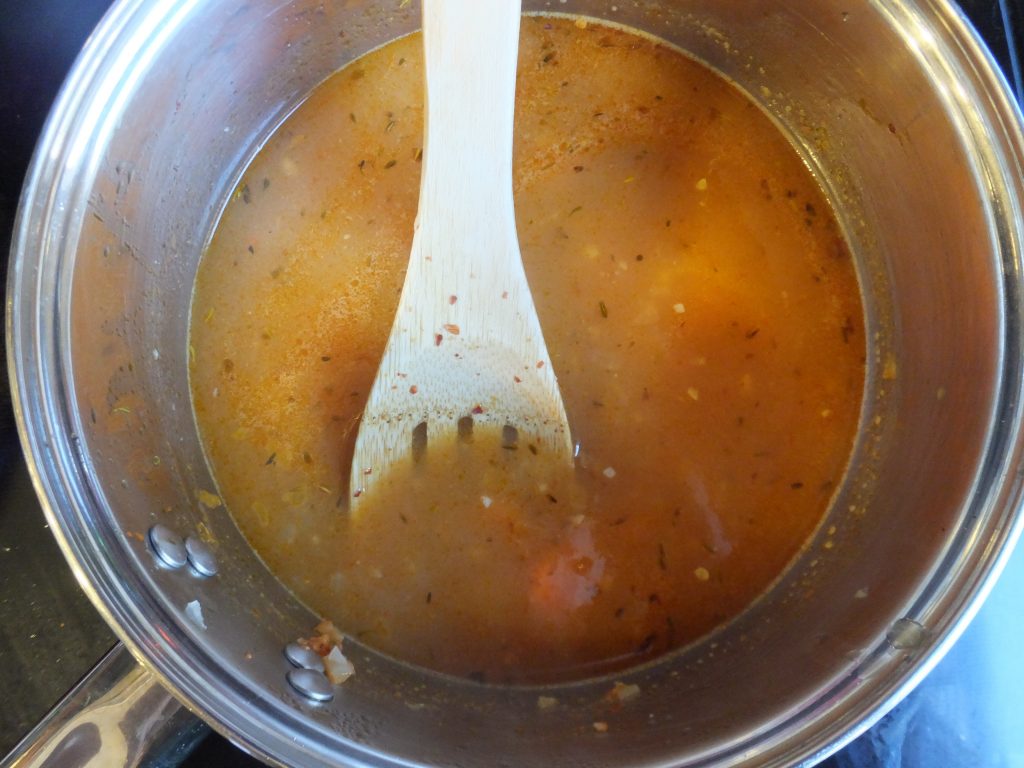 Scoop in a cup of diced tomatoes and pour in a little juice too. Then add an entire can of cannellini beans, including the liquid to make the soup thick. 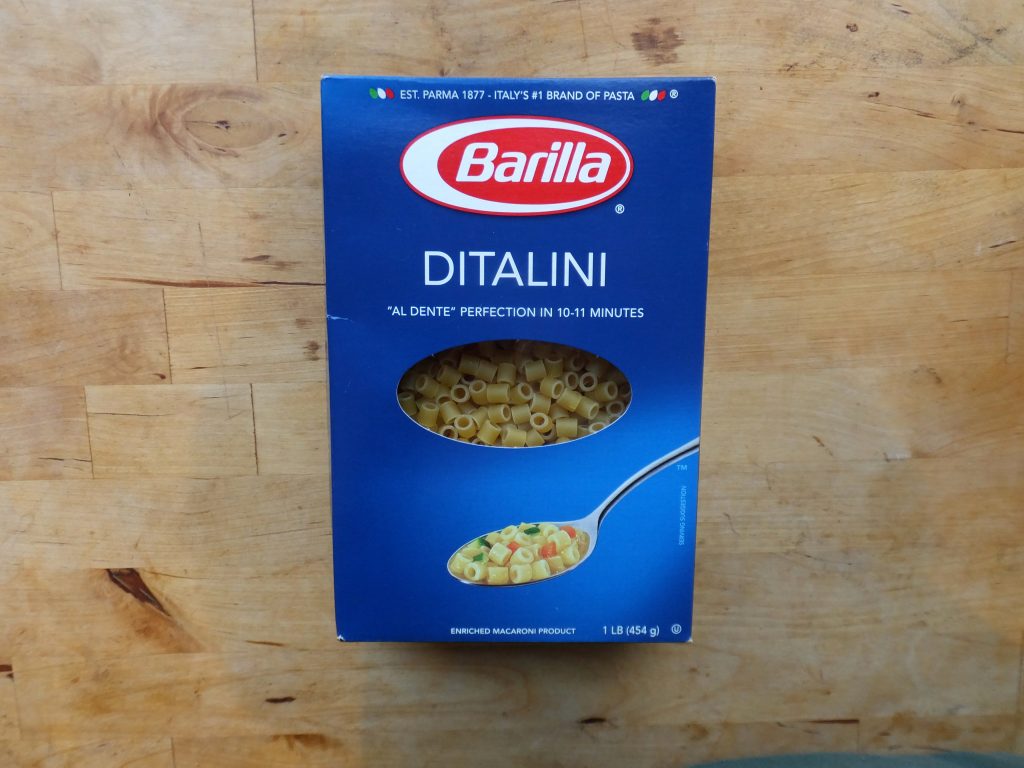 Meanwhile, start cooking your pasta in a separate pot. The internet says to keep the pasta apart from the soup because it will soak all the liquid up.

Let everything boil as you watch TV and/or sweep your kitchen floor. I kept the lid on the pot for about half an hour and then took it off for the last fifteen minutes. 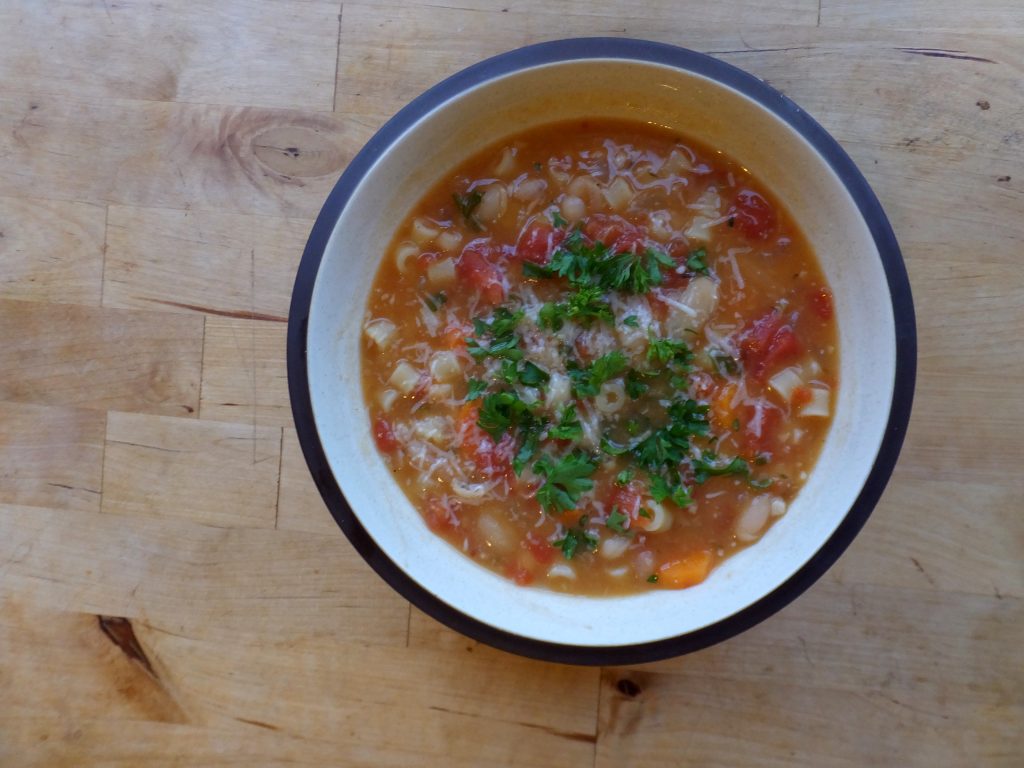 Serve up a bowl and then add your pasta. Green garnish is really unnecessary but the Pecorino-Romano cheese I paid too much for tastes so good with this! No need to grate it, just add huge chunks. 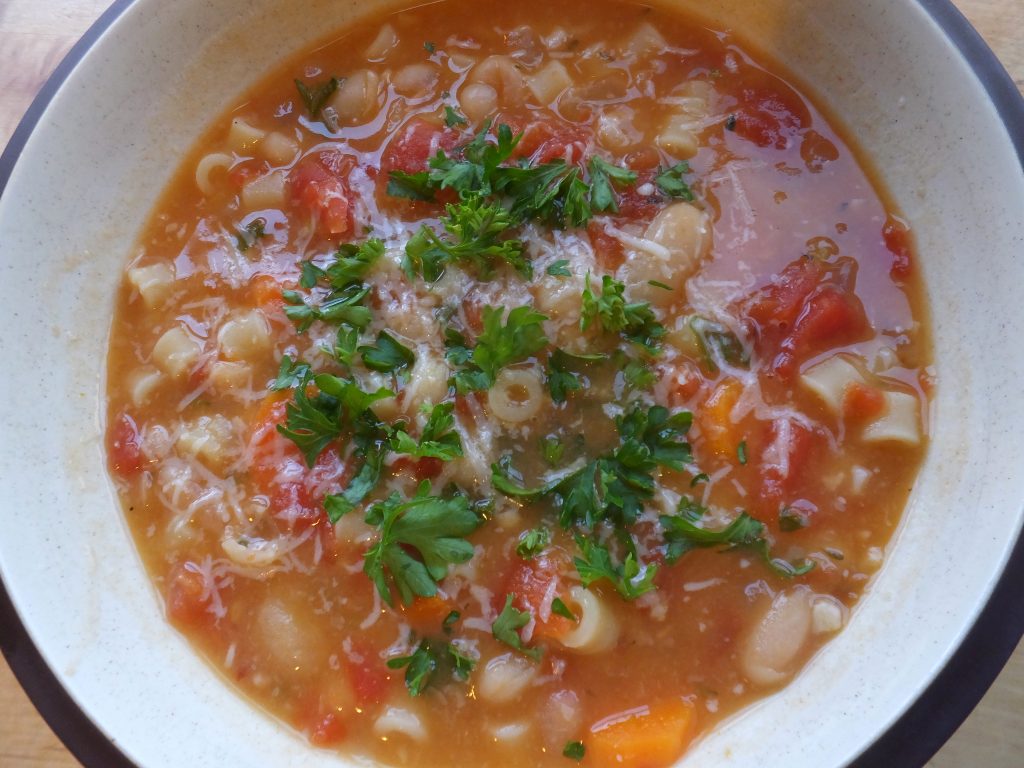 I discovered that my bread was moldy the morning prior to making the pasta e fagioli and I can’t be breadless for over 24 hours. The most convenient place to buy bread is Panera, which is right across the street from where I work. I went there on my lunch break thinking I would have bread for the soup and the rest of the week. This is what was left when I got home: 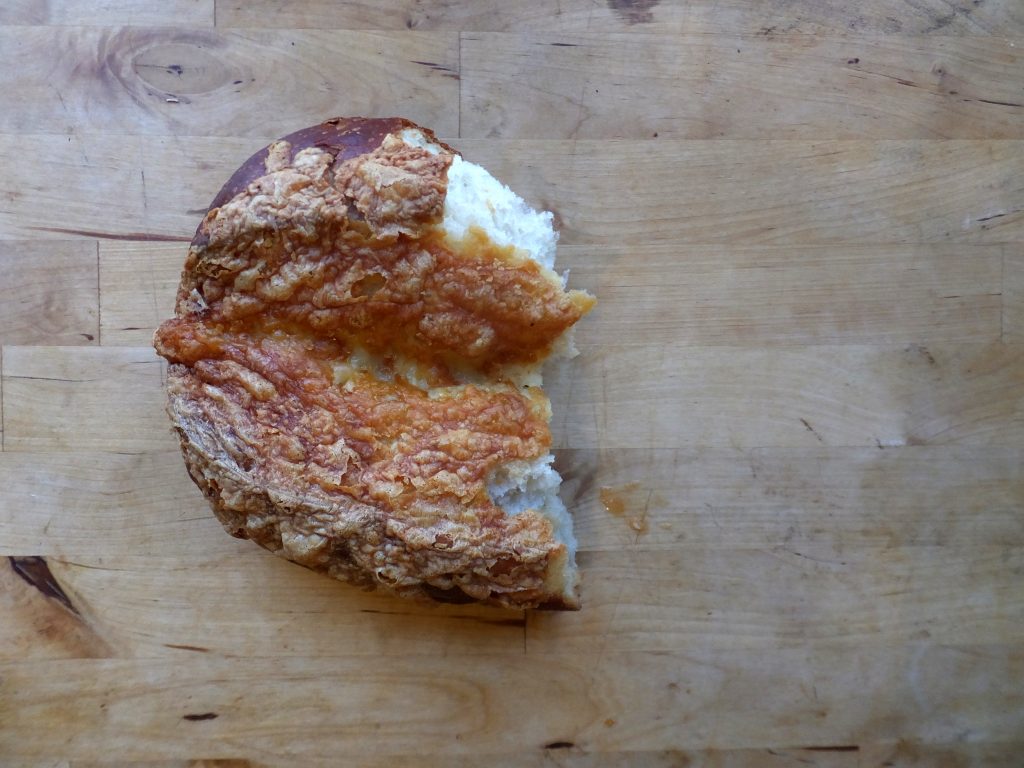 I ate over half the loaf at my office. Whoops. Crusty bread is great with this soup though, so buy some and restrain yourself.