One of the many unique pizza offerings from New Jersey is Chicken Caesar Salad Pizza. Caesar Salad is my favorite salad by far, because it doesn’t pretend to be healthy. The only vegetable in it is Romaine lettuce, which has a similar nutritional value to a glass of water. The next most important ingredients are Parmesan cheese and Caesar dressing, both salty super stars. Be aware, Caesar dressing has little anchovies swimming in it, so you’ll have to buy or make a vegetarian version to avoid the fish. (Or just eat them, seriously I don’t care).

This is very much a “realistic” recipe, meaning that I didn’t make the dough, I didn’t pasteurize the cheese, I didn’t grow the lettuce in the backyard, etc. All of the components of this recipe can be broken down into smaller components and made with your bare hands, if that’s what your’re into. I’d rather finish making a meal in 30 minutes so I can watch Lemonade for a third time. We all have our priorities, and mine is Beyonce.

For the fake chicken I used Gardein’s crispy tenders, although there are many options to choose from. Gardein just is the best (sponsor me!!). 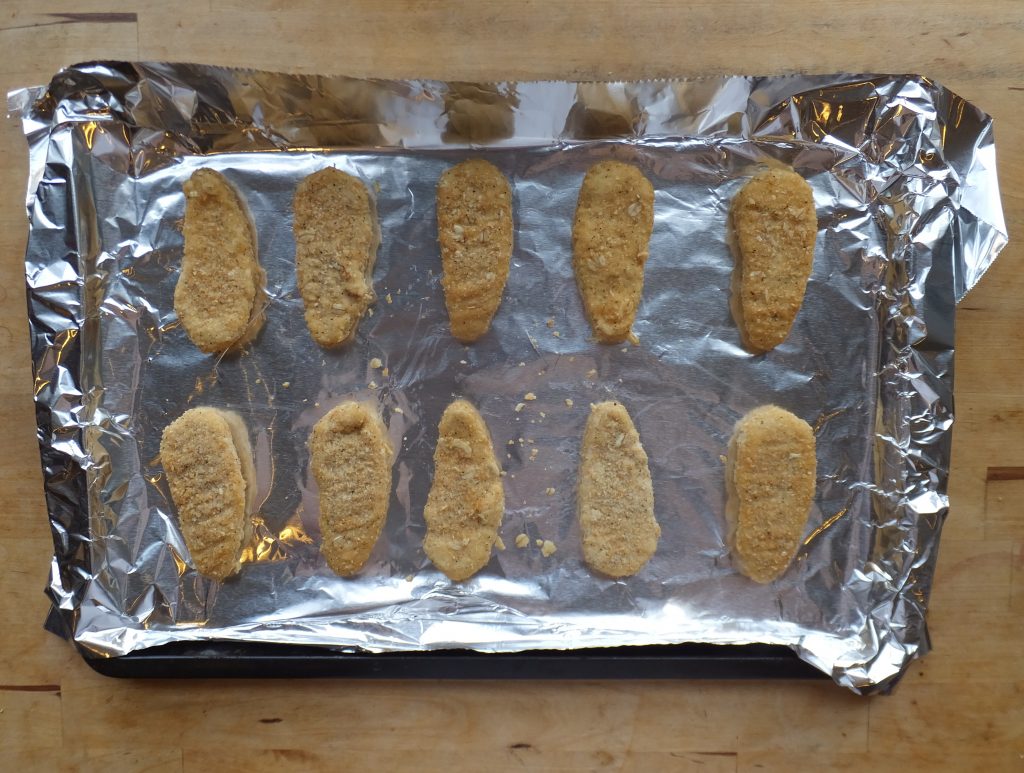 These chicken bits need to be in the oven for about 20 minutes at 450 degrees, which happens to be the same amount of time the crust needs to bake.

I went to my local store and, of course, there was one pathetic bag of dough left. It was sitting haphazardly on top of a fully-prepared pizza, leaking its moisture everywhere. I asked if there were any other dough balls available, but as the friendly staff discussed among themselves for many minutes it became clear I would have to stick with the runt of the pack. I picked up this loser and headed to the check out.

Alright, let’s open her up. 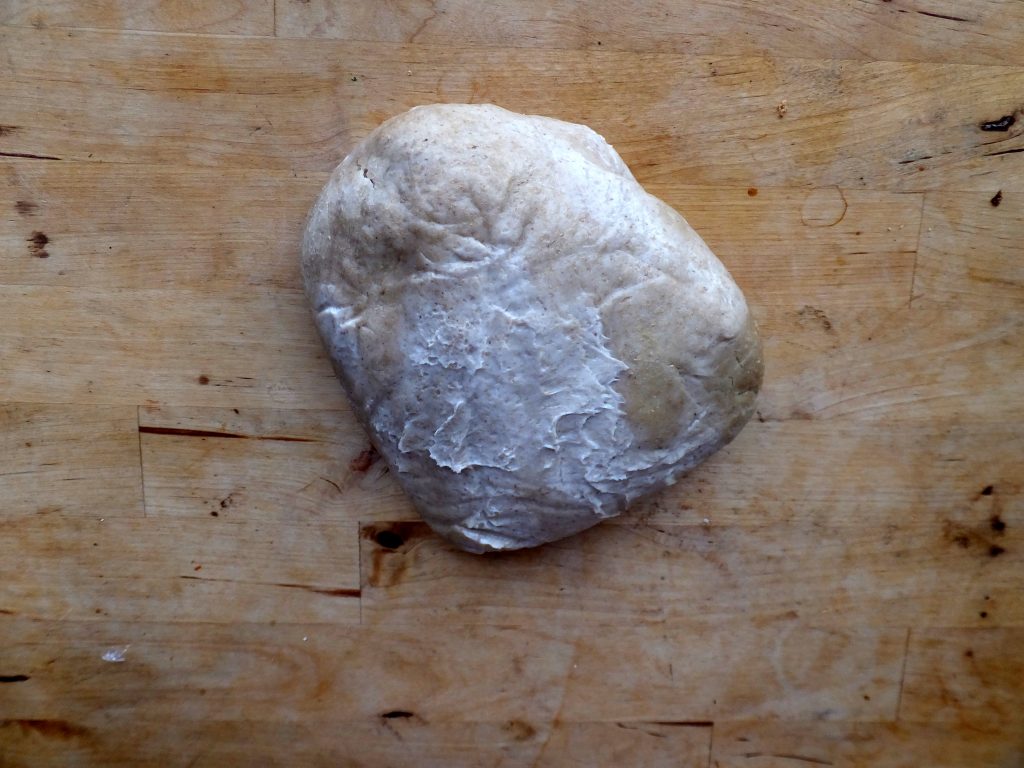 Why is it so…crusty? I understand that it will literally become crust, but it looks old and diseased and maybe Candy should just put it down in the backyard and not live a life of regret. 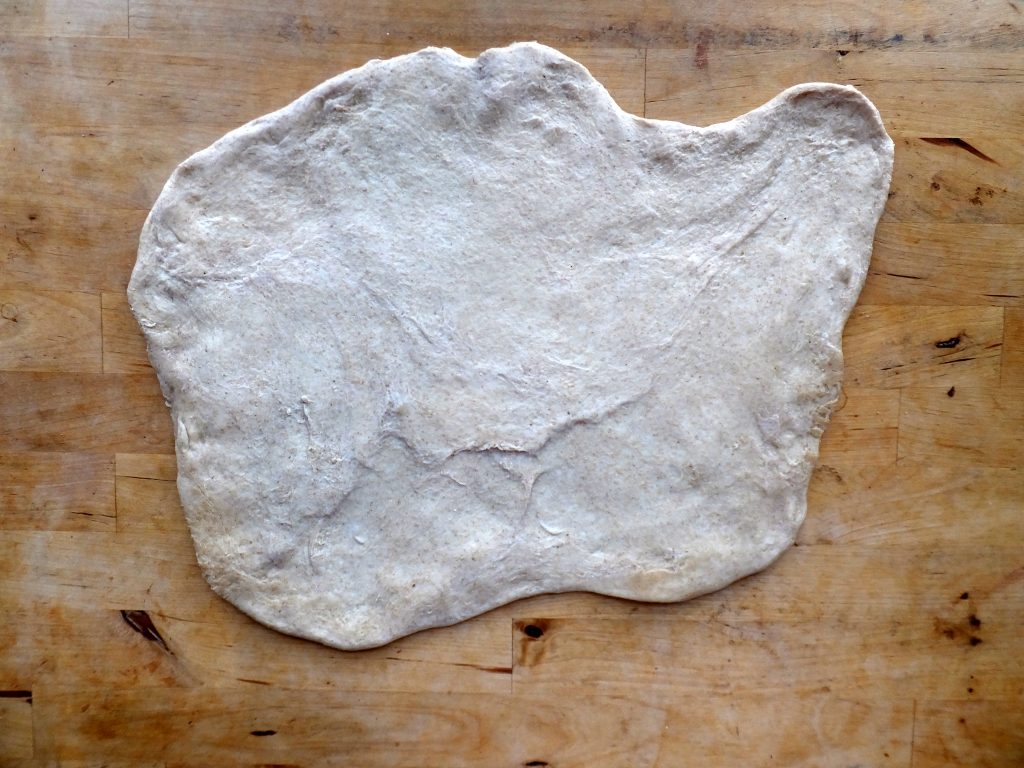 I stretched out the dough to the best of my abilities using only my hands. A rolling pin and some flour probably would be helpful in this situation. 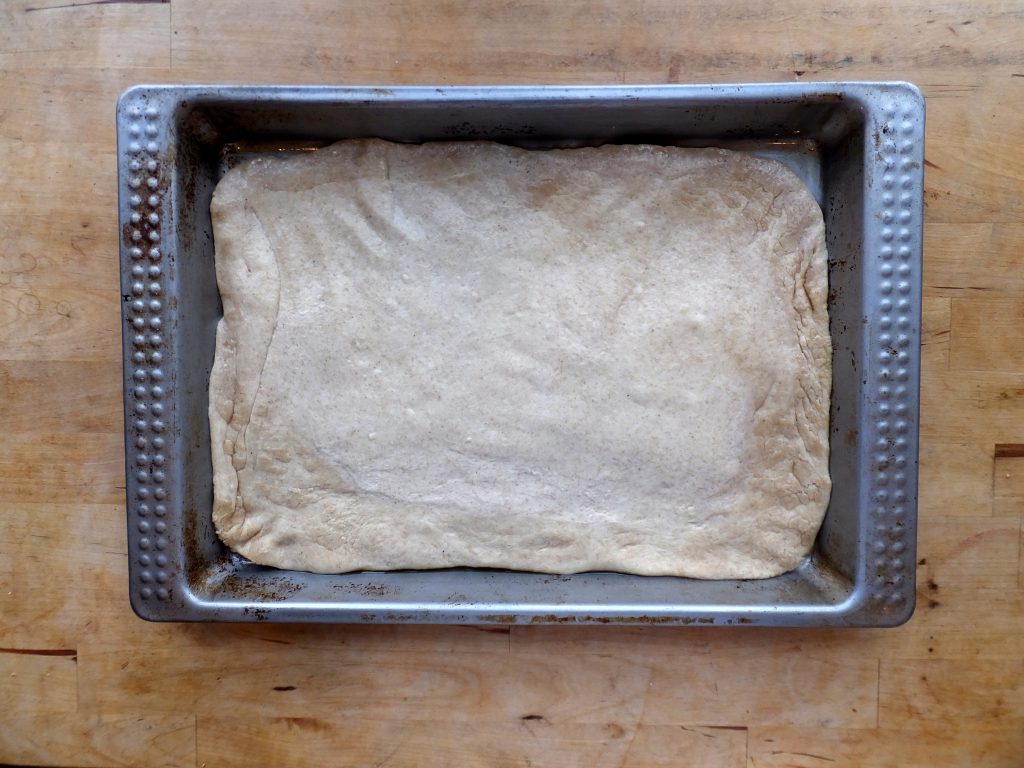 Once the dough was thin and limber I put it in a pan, exposing the particularly rough edges. They look like my knuckles on the coldest, driest day of winter. 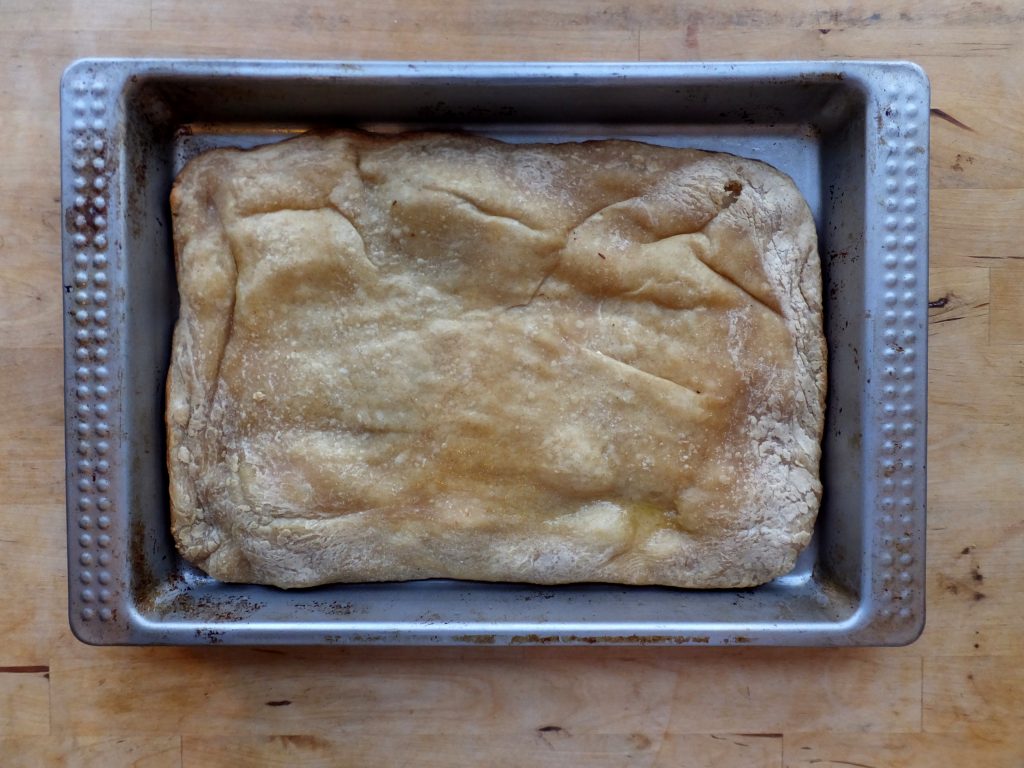 After 20-25 minutes in the oven the crust came out like this. Note that I rubbed it with a bit of olive oil when it began rising like crazy, but that didn’t help so I squashed it with a spatula. Ultimately the crust did not appear as flat and crispy as I had hoped. 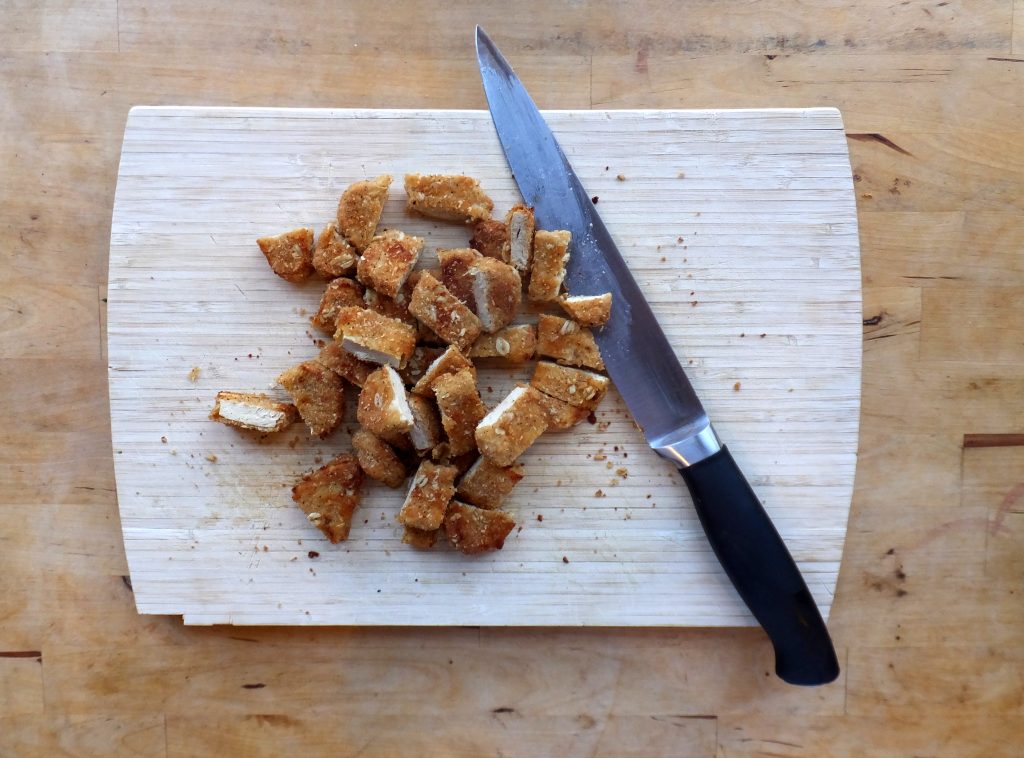 The chicken tenders came out of the oven and I chopped them up. 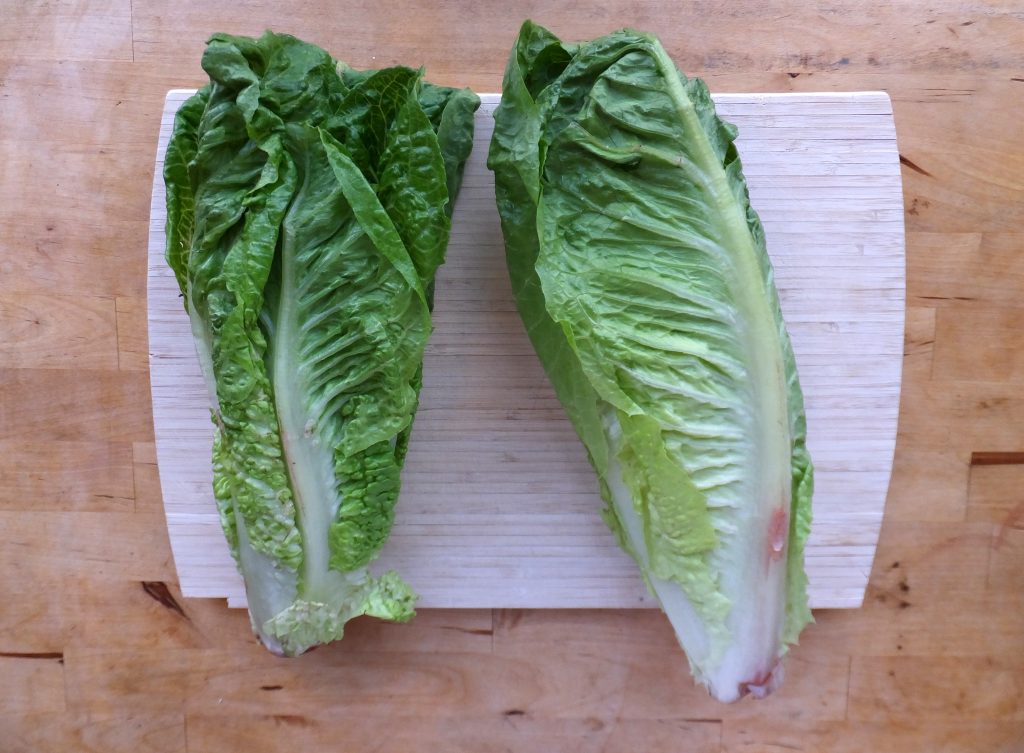 To demonstrate that I am willing to put in at least some effort, I rinsed and chopped the lettuce. Feel free to buy spinach or kale or whatever dark leafy green calls out to you and your colon, but I stuck to Romaine because I am a Caesar Traditionalist. 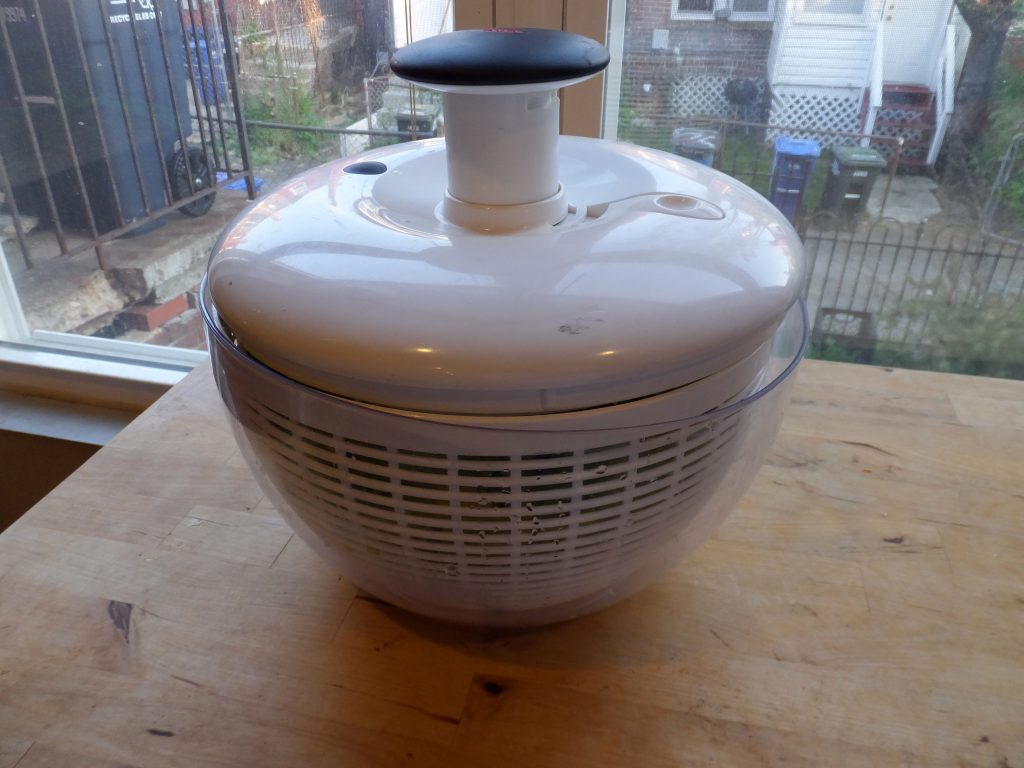 This salad spinner has been sitting on my counter since I moved in. I don’t usually (ever) wash and dry salad so it’s mostly been an inconvenience to me. Now was it’s time to shine…and it didn’t work! Perhaps due to some dishwasher morphing, the top would not fit into the bottom. Like me and daily flossing, the pieces of this salad spinner just aren’t meant for each other. I ended up shaking the lettuce in the strainer over the sink. 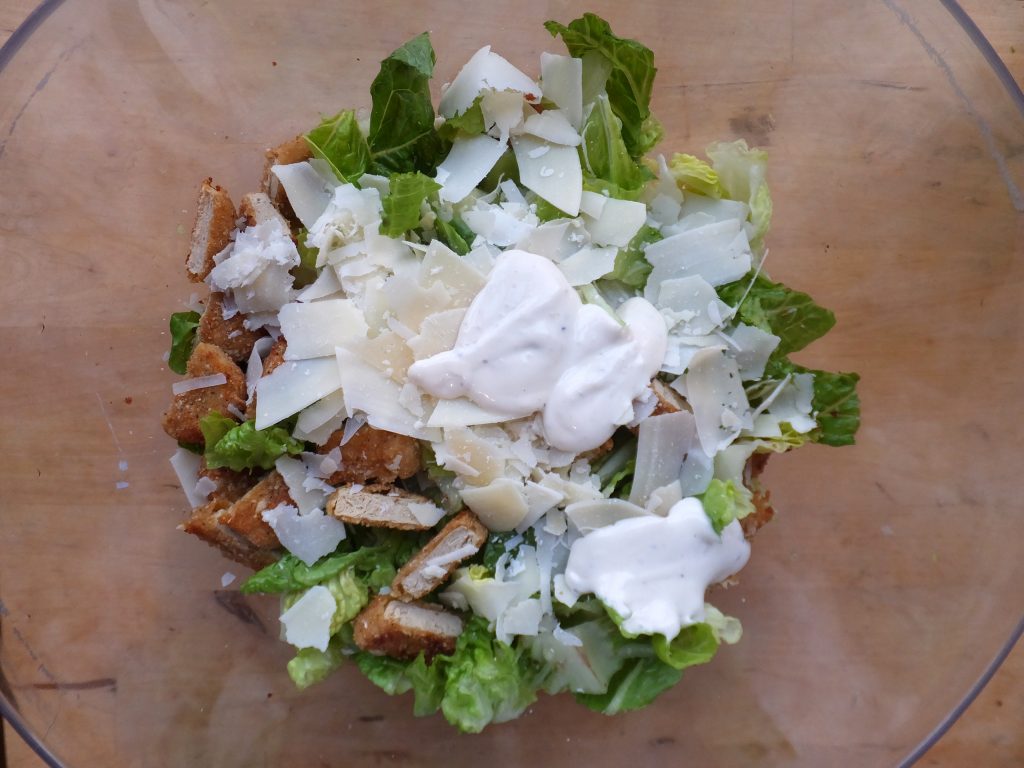 While the spinning contraption was useless, the outer plastic bowl was nice. I put all my salad ingredients in there, including a lot of cheese and a lot of dressing. What do you want, a salad that tastes like salad? 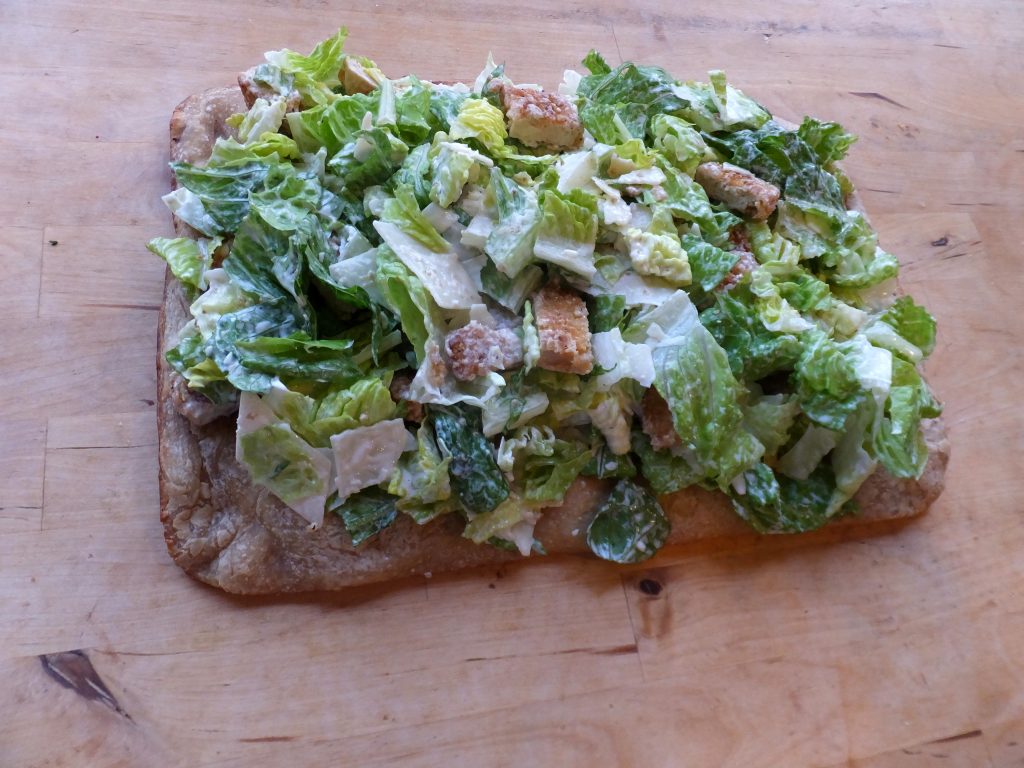 Once the topping came together I put it on the crust and started to eat. For all the vitriol I’ve been spewing, this crust is good! Seriously, even the whole-wheatness is not off-putting. It’s crusty and chewy and balances well with the salad. I’ve been harsh on you, dough ball dregs, and for that I apologize. 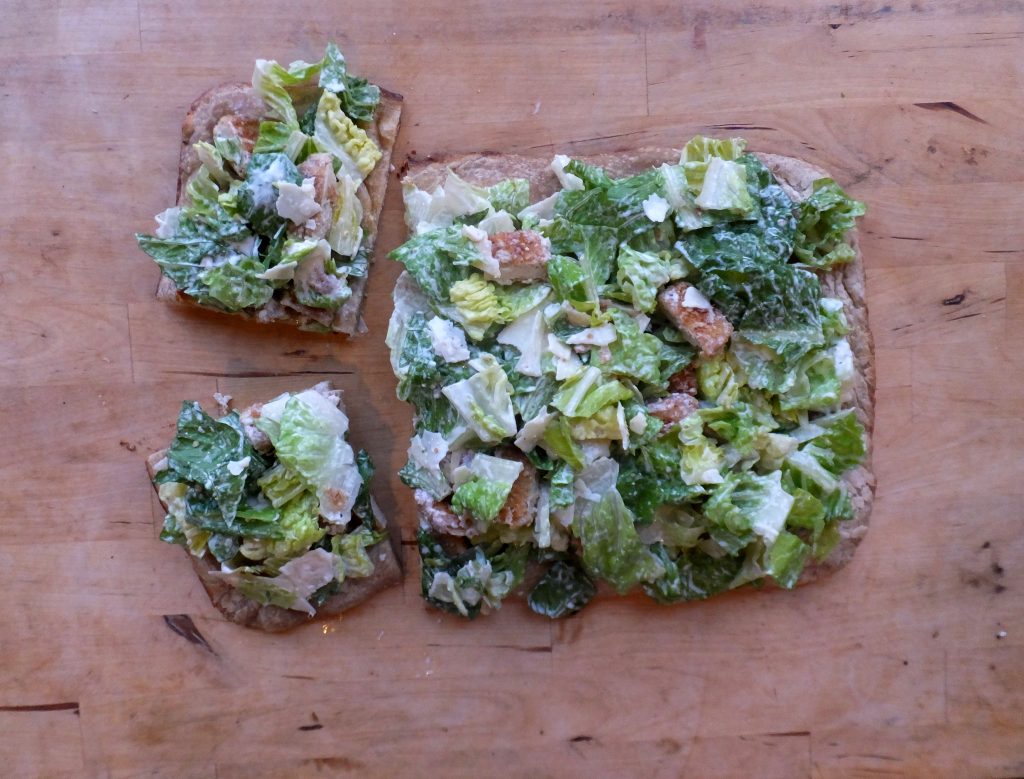 Here is a picture of a rat that was hanging out in Recycling Bin Alley as I prepared the pizza. Appetizing! 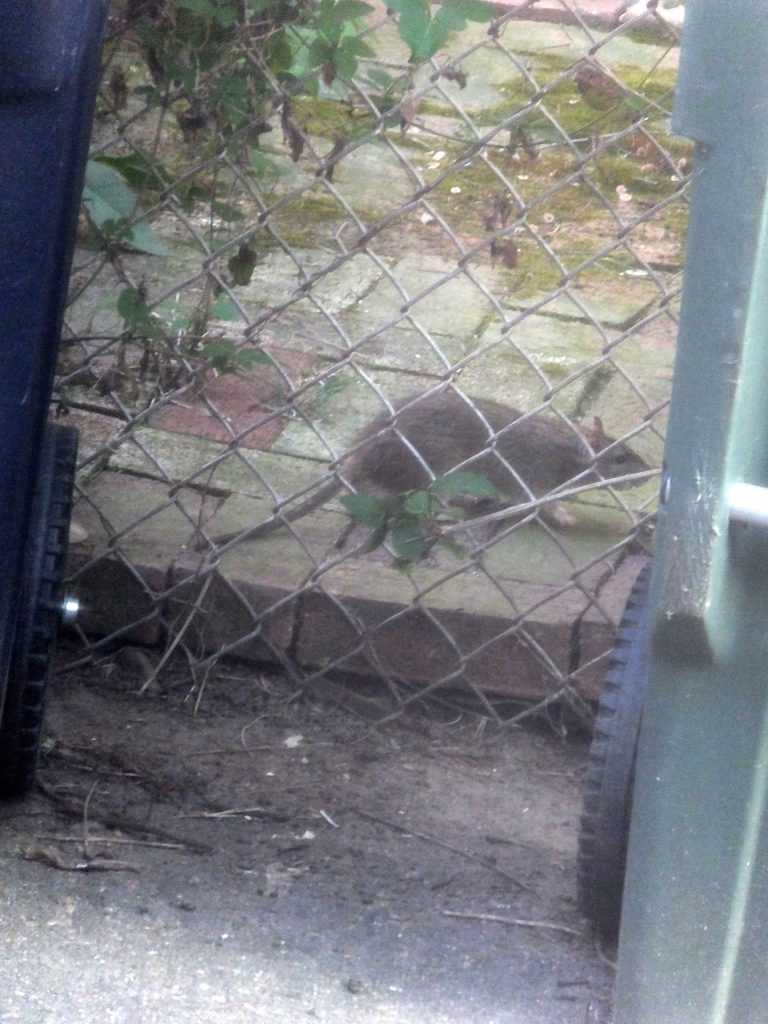