Sour Cream. A delicacy of which I am unworthy.  You, Fermented Miracle, transcend culinary fantasies as you skip and slip over tantalized taste buds. Managing to destroy all boundaries between sweet and savory, you lay your head on the shoulders of fruit and vegetable, of dinner and dessert. Bacterial Marvel, what else can I say about your beauty, your bite, your cold perfection? Perhaps I should describe you as a holy trinity: White, the color of purity. Creamy, the most sensual texture. Tangy, the flavor that makes it work somehow. It is true that Grecian competitors vie for my affection, but it is only you, my Lactic Lady, who consume me, mind, body, and soul, as I consume you.

Unfortunately, it is currently looked down upon to enjoy a bowl of sour cream straight-up. That is why we eat things like nachos, potato skins, and (guess what??) black bean soup. I had Panera in mind when I decided to make this, but then I didn’t buy enough black beans and it turned out more like a vegetable stew. Exciting news: you can still top it with sour cream. This black bean soup is very simple to make although it requires some prep work. I recommend putting on Gossip Girl or another terrible television show to watch as you chop. Prepare a big vat of black bean soup on Sunday, eat some everyday for the rest of the week, and then get sick of it and not make it for another three months or so. 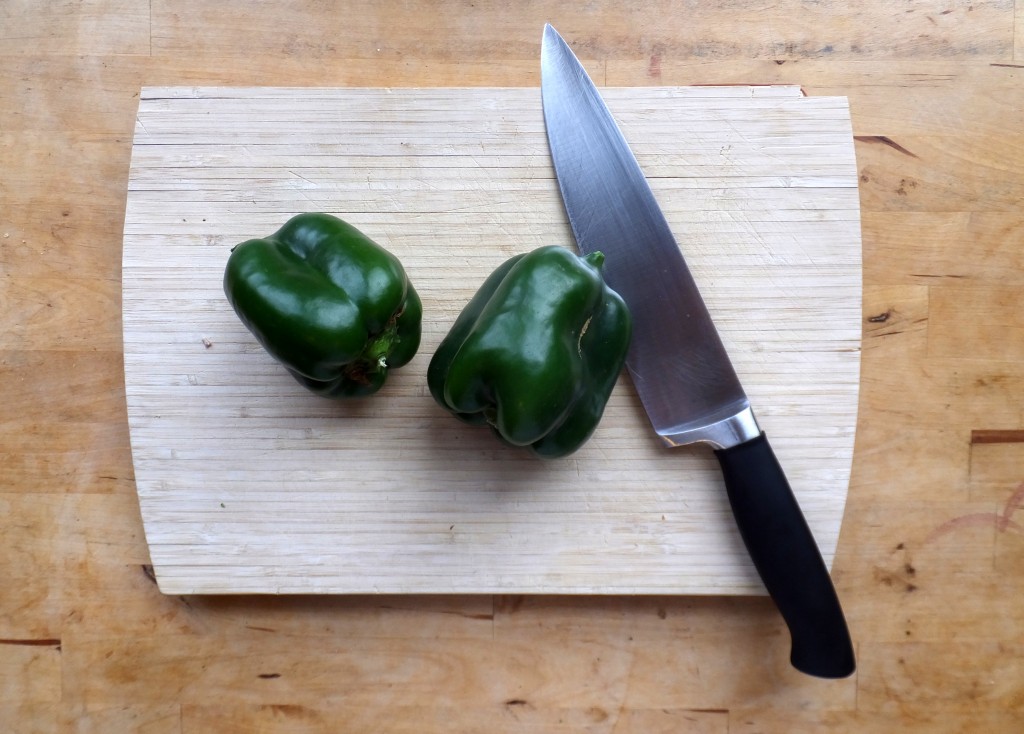 The last time I went shopping was at a fancy health store, so I used two small but toxin-free peppers as opposed to an average-sized but toxin-filled pepper. Chop up a cup or so. 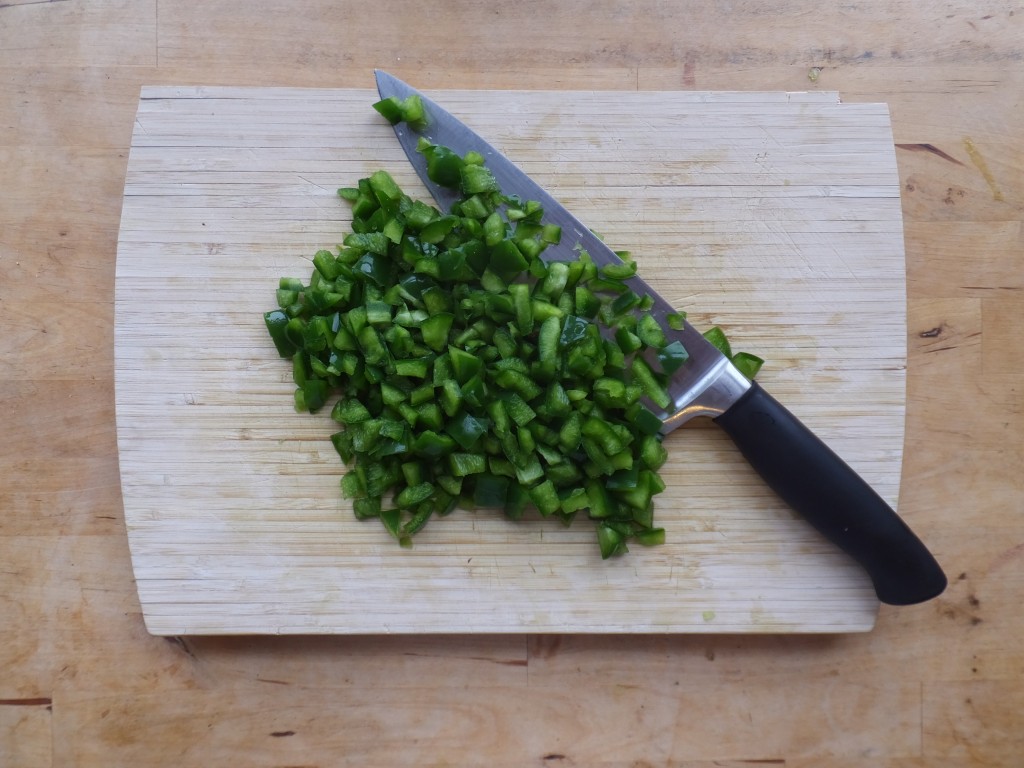 I also added carrots. I wish I had chopped them into smaller pieces, but if you prefer a chunky stew go for it. Put everything into a pot with some olive oil over medium heat. 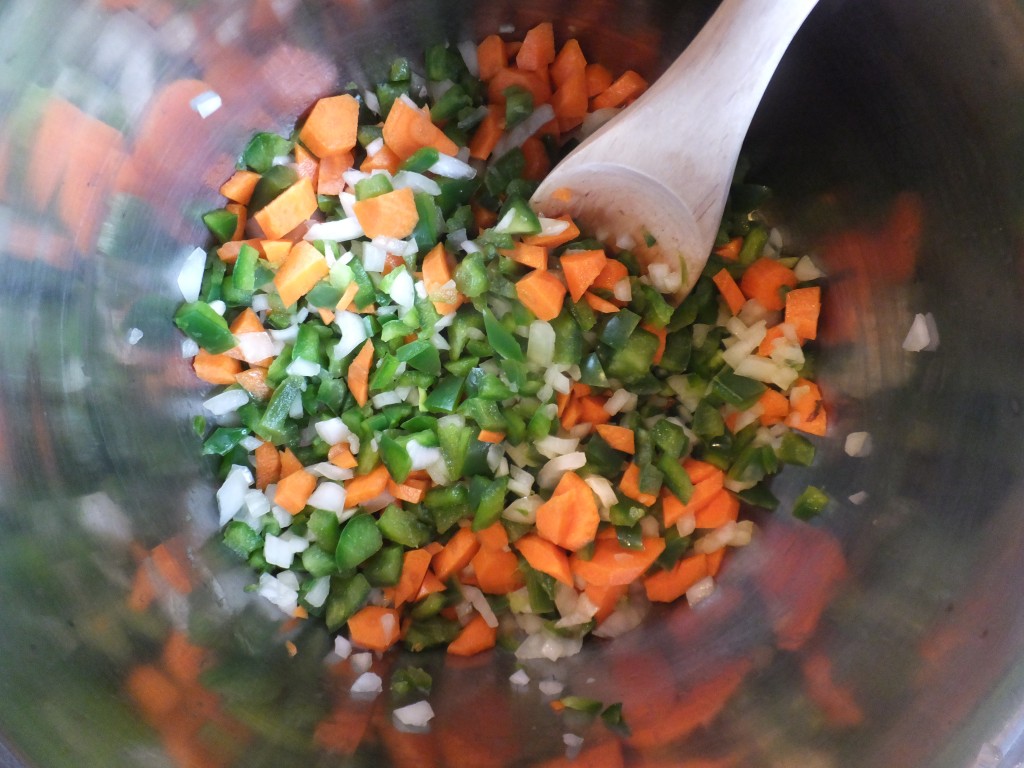 I added a ton of cumin and some tomato paste, as well as salt and pepper. Then I cooked the lot until everything was tender. 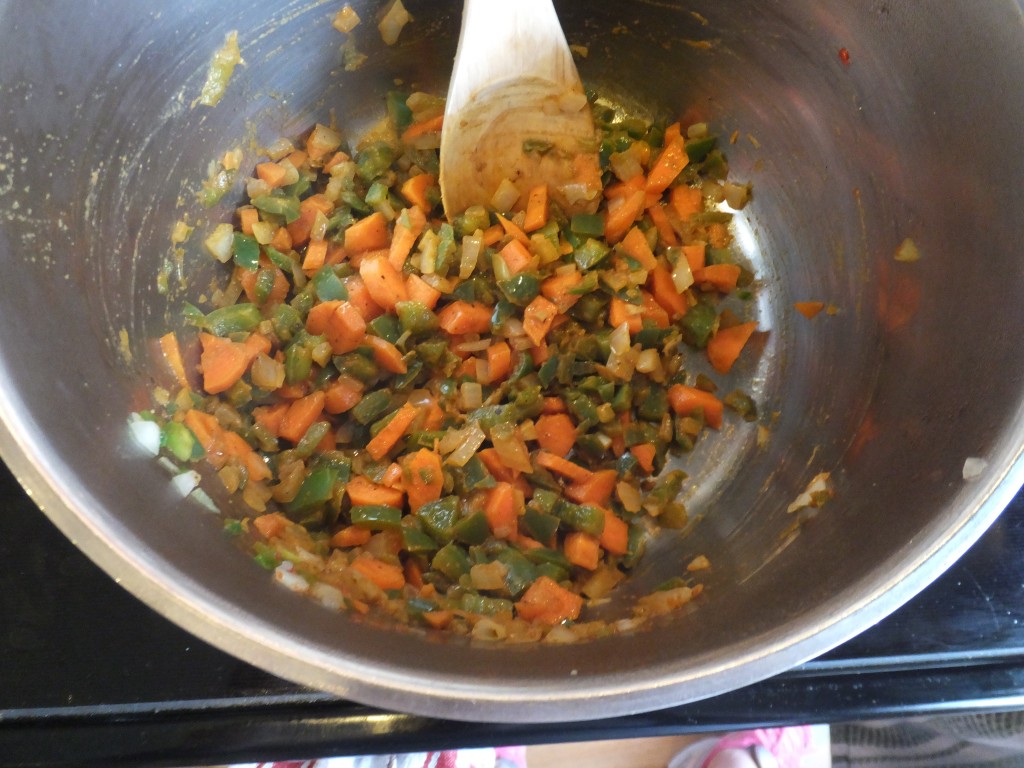 Next I poured an entire box of vegetable broth in. UGH do not do this!! Seriously, my bean to liquid ratio was way off. Just pour in enough liquid so that everything is covered.

Because I wanted a thick soup I boiled this on high for almost an hour. If you follow my previous instruction you will not have to cook it that long. The goal is for all the ingredients to be properly cooked through and to meld together. Once the soup was almost finished, I poured in a cup of frozen corn.

After turning the heat off, I added some chopped cilantro and the juice of half a lime. 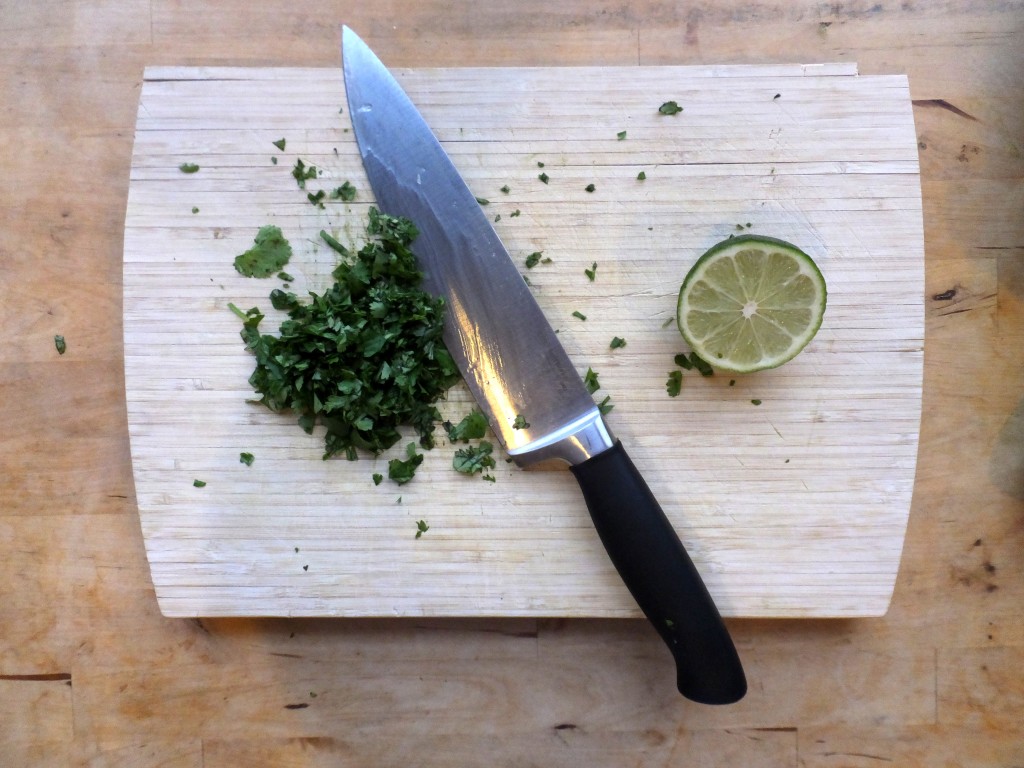 Plate up your soup. There are a million things you can and should top this with: sriracha, avocado, tortilla strips. 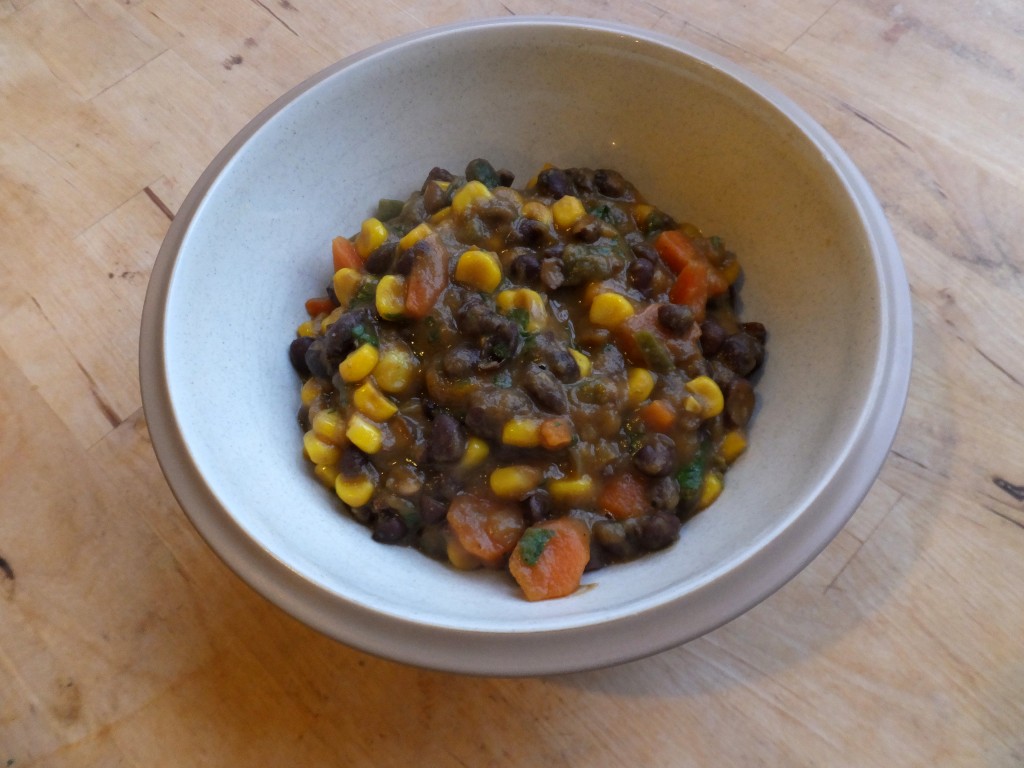 The only option in my eyes is sour cream (and cheddar cheese). I could probably write an ode to cheddar cheese, but for now I’ll just say that I keep biting chunks off the block. Dairy <3 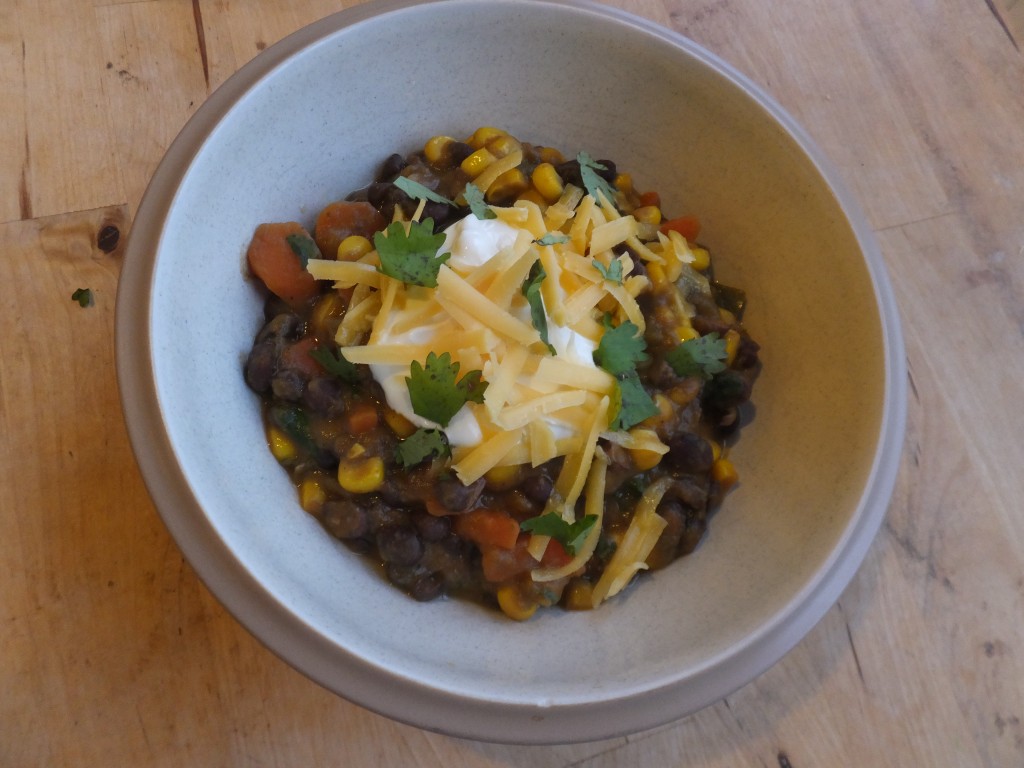 Obviously I added more sour cream after these pictures were taken and also licked the spoon. Enjoy this tweet proving my sour cream love is eternal: