What does humanity have left if not gluten? This mixture of proteins is what makes bread, pasta, and beer so delicious. If gluten didn’t exist, New Jersey would lose 90% of it’s charm: pizza and bagels. (The other 10% is being close to New York). Recently it has become trendy to avoid eating gluten. Some people, like my supportive and perfect Mother, are gluten-sensitive and feel better when they leave these delicious options out of their diet. Other white people just need something to talk about.

Eat Pastry’s biscuit mix is another gift from my VeganCuts subscription. It’s unique in that it has two challenges to overcome: being vegan and lacking gluten. I’m no biscuit expert, but the ones I had from KFC recently were moist and buttery and I’m expecting something similar. It’s probably not fair to compare a non-GMO certified company which uses only ethically sourced ingredients to KFC, but as my father once said, life isn’t fair.

Here are the easily excitable directions:

I poured the dry mix into a mixing bowl and then plopped in 1/3 cup of Earth Balance.

The directions suggest I use either a pastry cutter or two knives to integrate the butter into the dry mix. After Googling ‘pastry cutter’ I confirmed that it is not something I own. I tried the two knives technique and was getting nothing but upper-lip sweat. Genius struck when I grabbed another utensil…

A potato masher! It was able to cut through the butter to form smaller lumps. Although not perfect, it worked a lot more quickly than the two knives. 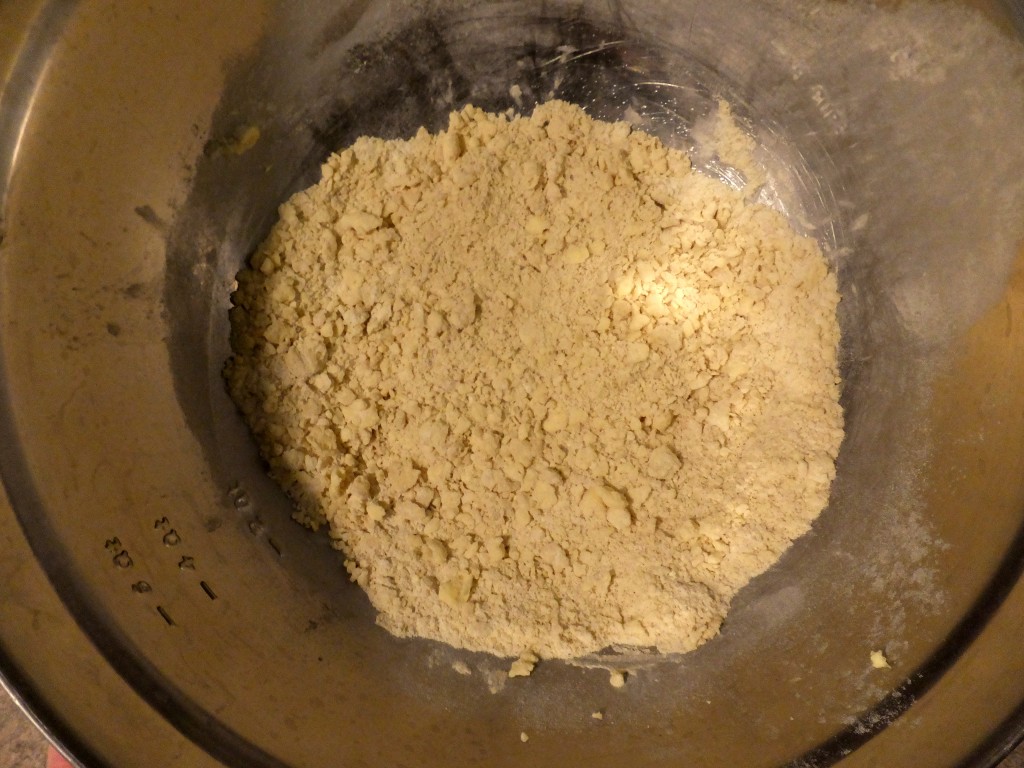 After a few minutes of potato-mashing followed up with a final round of double-knife cutting, the mixture reached a texture that resembles course sand, as suggested by the instructions.

I poured in the milk and stirred everything together. 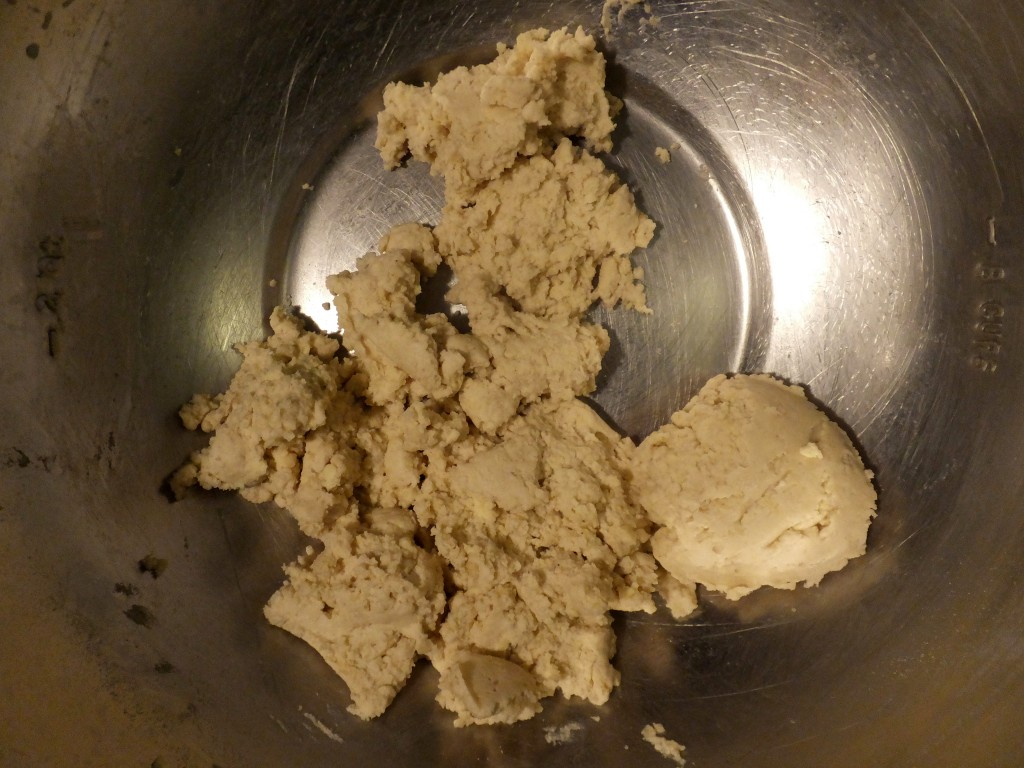 I sprayed my pan with coconut oil and then formed the biscuits. The dough gets sticky as the butter melts, so you have to work with it fast. 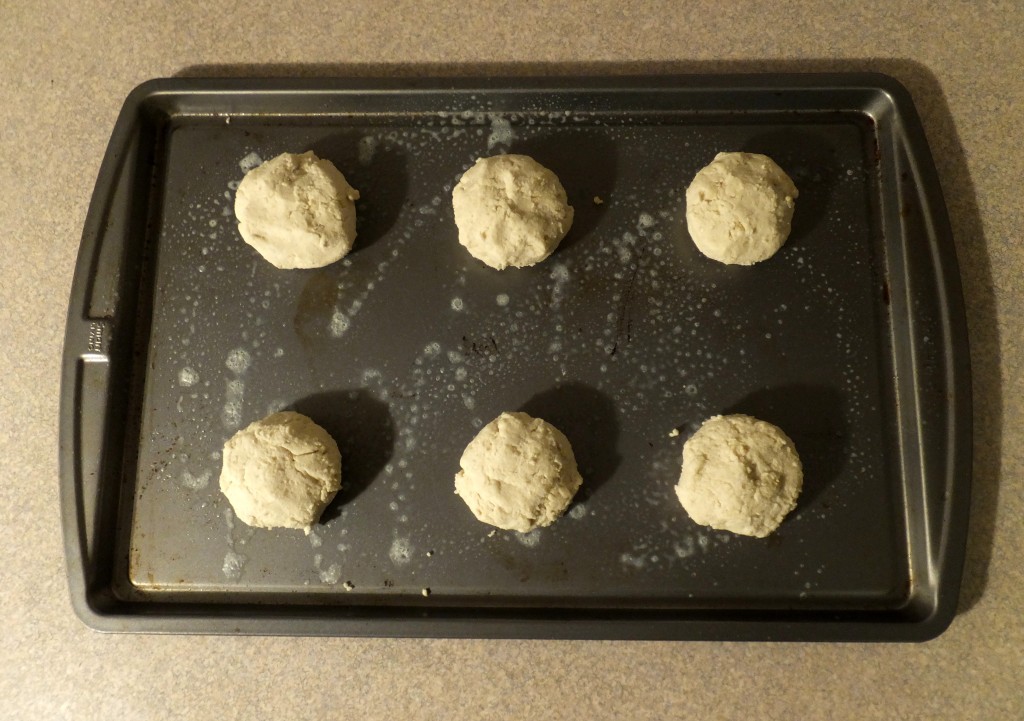 I put the biscuits in the oven at 400 degrees for 20 minutes. 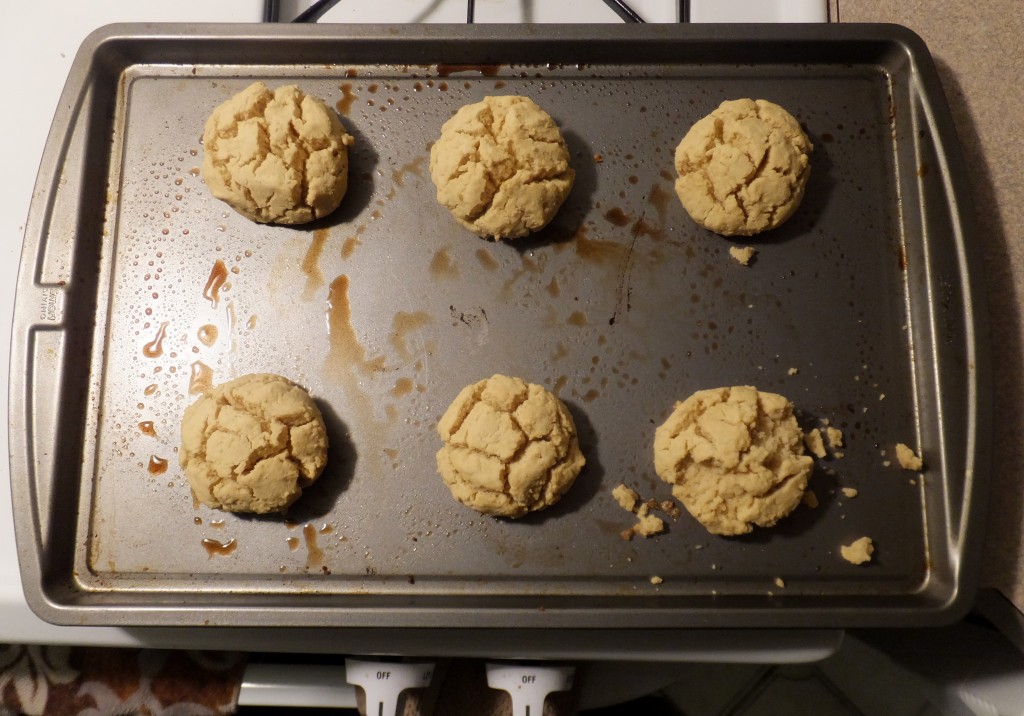 I was hoping for a pretty before and after photo, but I touched one of the still-warm biscuits and it broke immediately. Also the coconut oil turned an unseemly brown color.

I tried a piece of the broken biscuit and it was extremely dry, similar in texture to say, course sand. I thought covering the biscuit with butter and jam might help.

Unfortunately I was wrong. The biscuits taste alright but the texture makes them hard to get down. I almost feel like I prepared them incorrectly because they are in no way “Super Moist” as claimed on the package. After one bite the biscuit disintegrated into bits, making it impossible to eat with the sophistication and class that people know me by.

I was afraid that maybe I hadn’t let them cool enough, so I ate a biscuit with peanut butter and honey a day later. The parts covered in honey tasted great, but everything else went into the garbage.

In summation: It’s kind of gross and would really benefit from some gluten.