Vegan eggs, the final vegan frontier. This is a corner of alternative animal-products that I have never ventured into. We’ve been to the moon, we’ve created the world wide web, and we’ve designed the privacy scarf, but I still doubt that any amount of science can recreate the glory that is an egg.

I received the Follow Your Heart VeganEgg in my December VeganCuts box but haven’t been daring enough until now to try it. I’ve already reviewed Upton’s Naturals Bar-B-Que Jackfruit from that box, and though that experience has made me skeptical of vegan alternatives and of eating in general, I’m an open-minded person. My original plan was to do a side-by-side comparison with my typical breakfast, but due to Winter Storm Jonas the store was out of real eggs and mushrooms (and Hot Pockets).

The directions on this Veganegg single-serve packet say to whisk the powder with ice-water to create the eggs.

I opened up the package and poured out the innocuous, yellow powder. 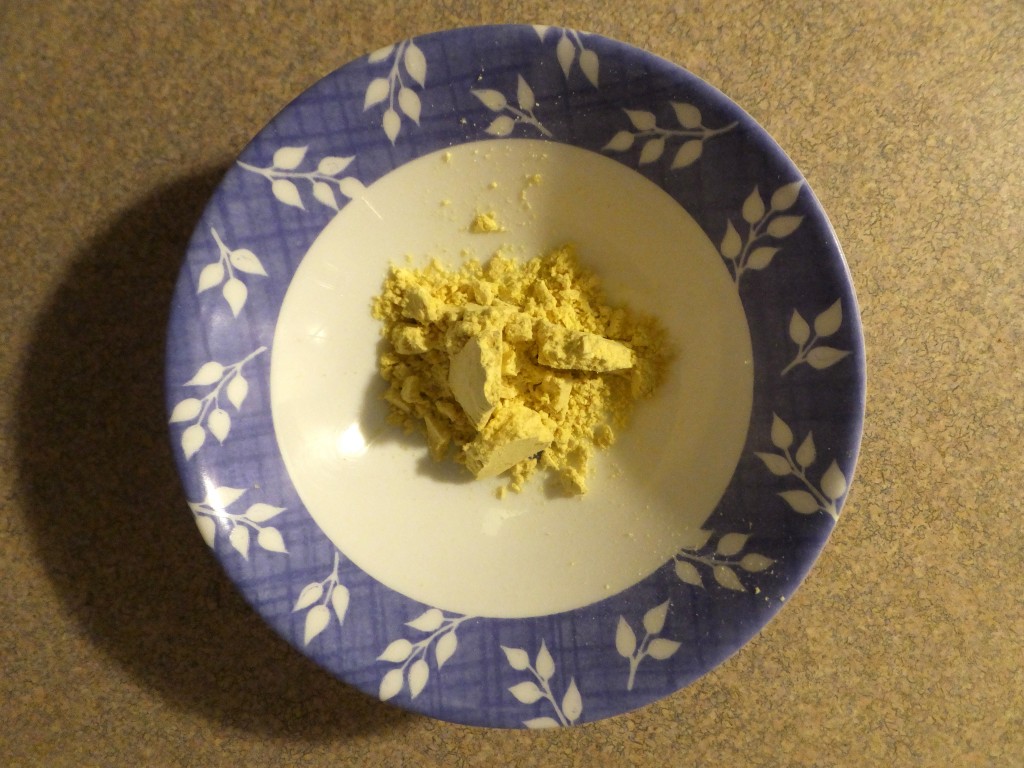 I started to whisk in the ice water and was overcome by the smell of eggs, sulfury and seemingly rotten. Was this all in my head? Are there people who make their living recreating egg smells? Do they make good money?

After my egg glop was whisked thoroughly I poured it onto a hot pan and it immediately turned into a uniform pancake. The directions say to scramble fast and they weren’t kidding. 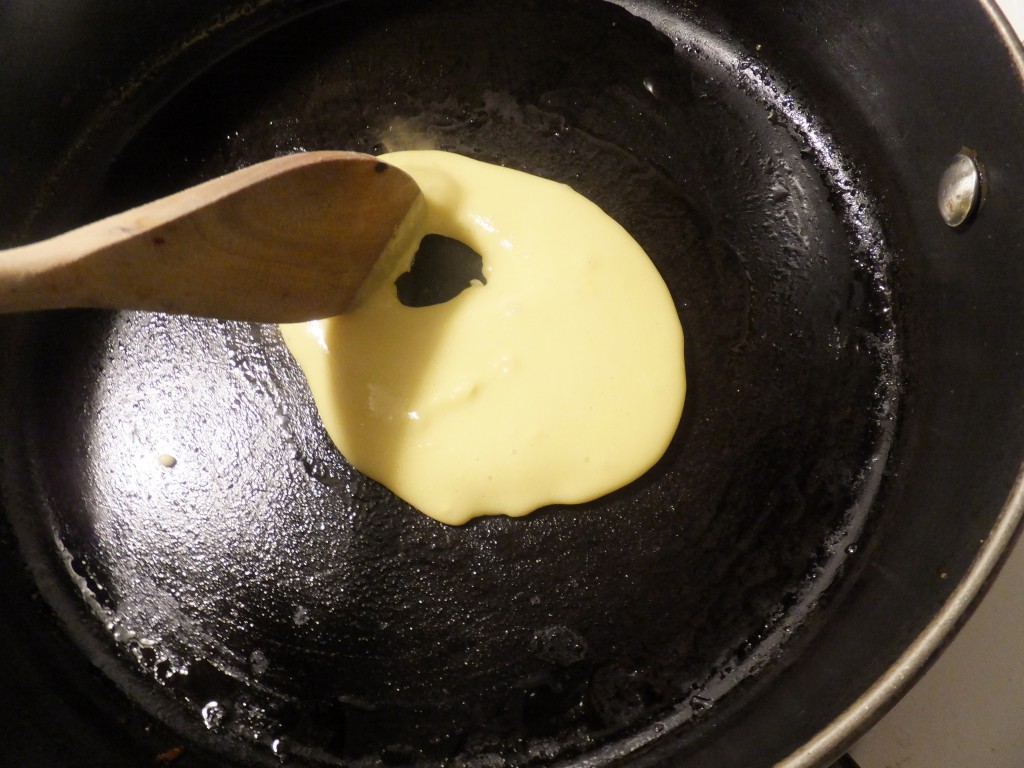 I broke it up with my spoon and let it cook for the suggested time of 6 minutes, stirring it around every so often. Once all the bits were nice and golden, I put the VeganEgg on toast with the remaining ration of goat cheese that survived the blizzard.

Channeling the bravery that I needed to perform at my 8th grade talent show, I took a bite.  At first I was overpowered by the taste of nutritional yeast, but as I kept eating the flavor mellowed out. The texture was not as light or fluffy as an ideal scrambled egg and it’s obvious that the primary ingredient of VeganEgg is flour, yet it was delicious. The egg was a perfect contrast to the crunchy toast and salty cheese and I downed the whole thing in about two minutes.

Obviously, these are not real eggs. Yoke-enthusiasts will likely turn their nose at this product. But if you are a vegan who has desperately missing scrambled eggs, VeganEgg will definitely provide you some relief. In fact, even progressive egg lovers would enjoy this vegan option. I would happily eat this without any ulterior motives, such as monetary bribes or content for a blog post. 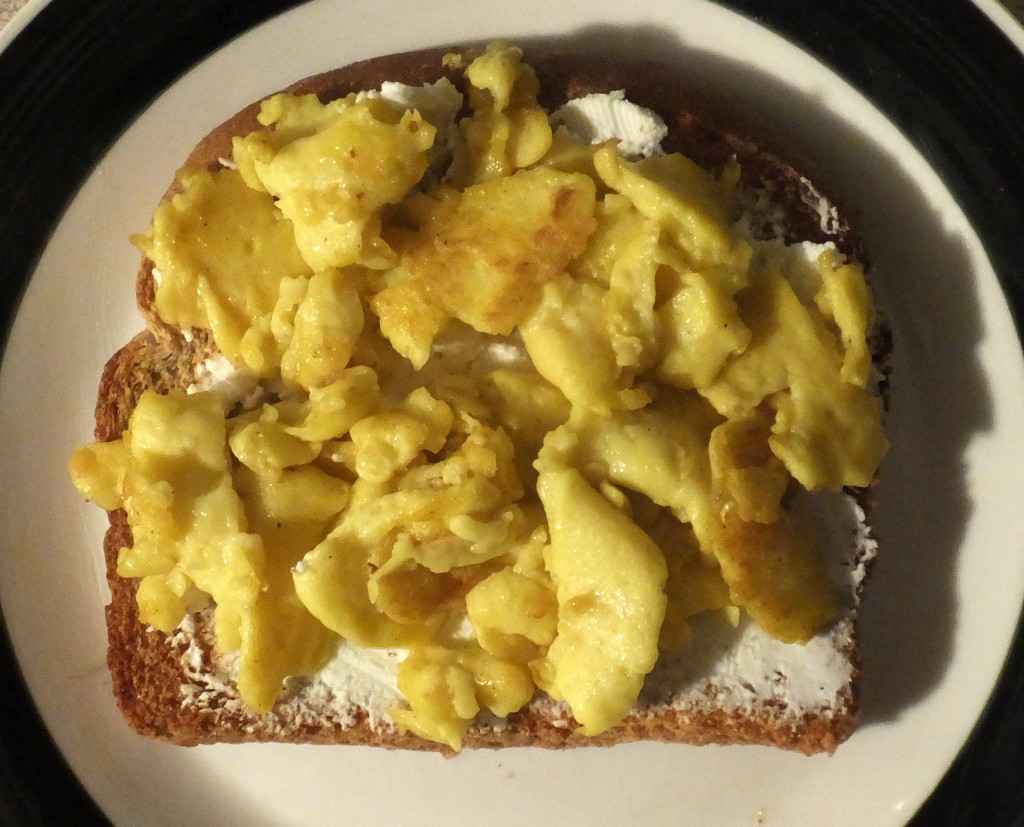 In summation: It isn’t gross.